Olyroos one win from qualifying for Tokyo 2020

admin January 19, 2020 Latest News Comments Off on Olyroos one win from qualifying for Tokyo 2020 60 Views 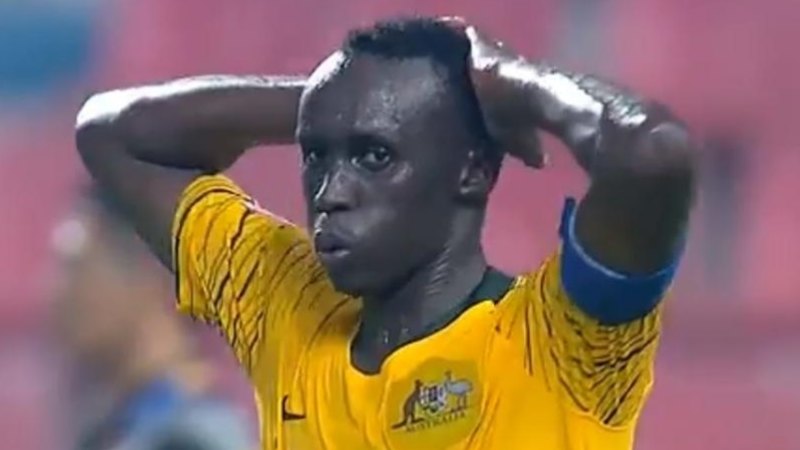 The Australia forward poked at it with the outside of his right foot, pushing the ball through onrushing Syria keeper Mohammed Yazan Ourabi’s legs and into an open goal, sending the crowd into raptures.

It was Toure’s second goal for the Olyroos since he scored on debut in a friendly with China in November.

The talented young striker said it was “a great honour to score for my country”.

“You live for these moments, to play in semi-finals, not many people get that opportunity to play so I am just grateful,” he added.

Coach Graham Arnold said the Guinea-born striker was “doing fantastically well for us” but all his players had displayed “wonderful fight, wonderful commitment”.

“We knew that Syria play a very direct game, a very physical game, so the boys had to be up for the fight, and they were,” he said.

“Overall I know that we have a lot of improvement in us than what we showed tonight. Getting to the semi-finals for the first time ever is great for Australia but my whole focus is on the next game and I expect the players to go up to another level.”

In the semi-finals, Australia will face the winner of Sunday’s quarter-final between South Korea and Jordan.

Saudia Arabia beat hosts Thailand 1-0 in the other quarter-final and they will line up against either the United Arab Emirates or Uzbekistan in the semi-finals.

LIVE Coronavirus updates: What you can and can’t do in Victoria