Winder clinches Women’s Tour Down Under

admin January 19, 2020 Sport Comments Off on Winder clinches Women’s Tour Down Under 42 Views 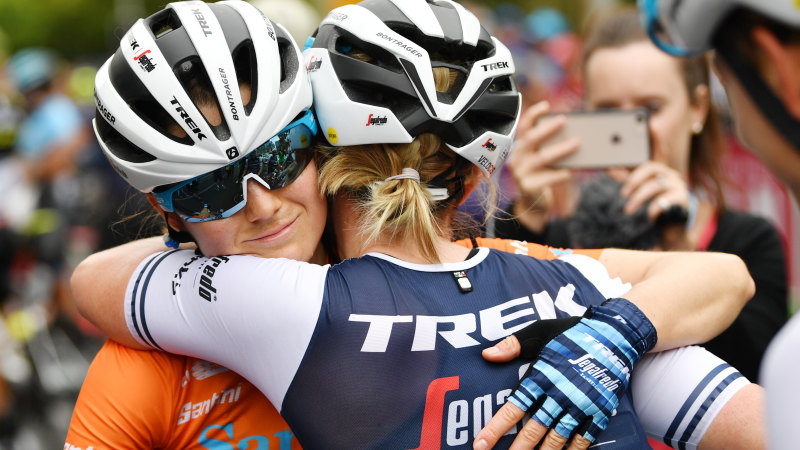 The national road race champion looked set for a fourth victory when she took the ochre jersey from compatriot Chloe Hosking after winning stage two.

Spratt had never before relinquished the overall lead after claiming it on her way to a hat-trick of titles.

But Winder took control with a gutsy sprint finish on stage three – her first Tour Down Under stage win – and held onto her advantage during a tough final stage to create a slice of history.

“That race was pretty crazy. I used to do a lot of crit racing when I was young in the US, but it’s been a bit of a while since I’ve done a really hard one like that,” Winder said.

“Sunweb and Mitchelton are really strong teams, but we were able to pull it off and I’m really excited.

“[On Saturday] after winning the stage it was such a great feeling and I’m really excited to celebrate with my team.”