‘I was never going anywhere’: Carlisle

admin January 20, 2020 AFL Comments Off on ‘I was never going anywhere’: Carlisle 32 Views 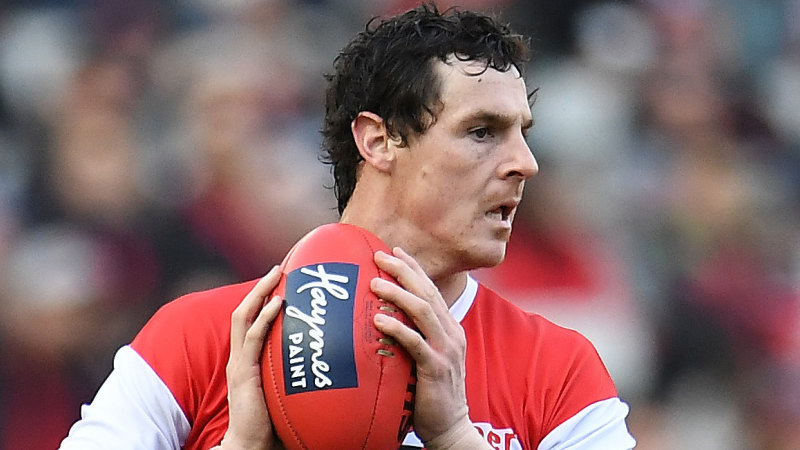 The Saints were reportedly willing to trade Carlisle last year in a bid to free up salary-cap space and attract young talent but the 134-game veteran said he never wanted to leave.

“I was never going anywhere. I just wanted to, obviously, get through the year because it had been tough and reset this off-season and go again, which I have,” he said.

“All has been positive so far, which is good. I don’t worry about the outside noise anymore.”

The key defender said he did not meet with rival clubs during the trade period.

“I was fine where I was. I was happy to be here and, obviously, trigger my contract last year. Things are looking good,” he said.

The Saints, who had Pakistan cricketing great Wasim Akram on hand on Monday and presented him with a club guernsey, have remodelled their thinking under new coach Brett Ratten. Seasoned campaigners Zak Jones, Dougal Howard, Brad Hill, Ryan Abbott, Paddy Ryder and Dan Butler have come aboard during the off-season in a sign making finals this season is an imperative.

Carlisle shapes as a key figure in this and, preparing for his fifth season since crossing to Linton St, likes what he has seen heading into next month’s Marsh Community Cup series.

“Definitely. Not only just because we have guys coming in in the off-season but we have guys that have been together for two or three years now,” Carlisle replied when asked if this was strongest Saints squad in his time at the club.

“We have got the right people here to win games and, if we win games, we are going to be in a position to win finals or whatever it may be. We just have to keep ticking the boxes and get there first and see what can happen.”

The Saints have not been alive come September since 2011 but a slow rebuild has been accelerated with the acquisition of significant talent.

They need a fit Dan Hannebery to play his part and, while still on the mend from foot surgery, he took part in 60 per cent of match simulation before running laps.

“It looks like he has trimmed down a bit. He has got a tan and he is contributing with his voice and experience,” Carlisle said.

“It’s good to have him out there and, hopefully, come round one he can play all 22 matches. [It’s] a big year for him, which is good.”

Dylan Roberton was another to impress on Monday, having battled a career-threatening heart scare, while Max King appears on target to play in the pre-season series.

Key forward King, who was taken with pick No.4 in the 2018 national draft, did not play a senior match last year. He had recovered from a knee reconstruction only to injure his ankle mid-year in the VFL. He had completed about 75 per cent of training before Christmas but that is now closer to 95 per cent.

“He is looking really good. He is fit, he is strong. I think his knee has been pretty good and his ankle from last year has been really good,” Carlisle said.

“I don’t like playing on him at training. It is pretty good to hand him over at times because he is going to be a good player.”

Skipper Jarryn Geary and dual best and fairest Seb Ross did not take part in match simulation, preferring to work on “maintenance” in the gym.

Tiger’s isolation easy in the most isolated part of Australia

The region’s claim to fame, other now than Baker, is that Nat Fyfe lived in …