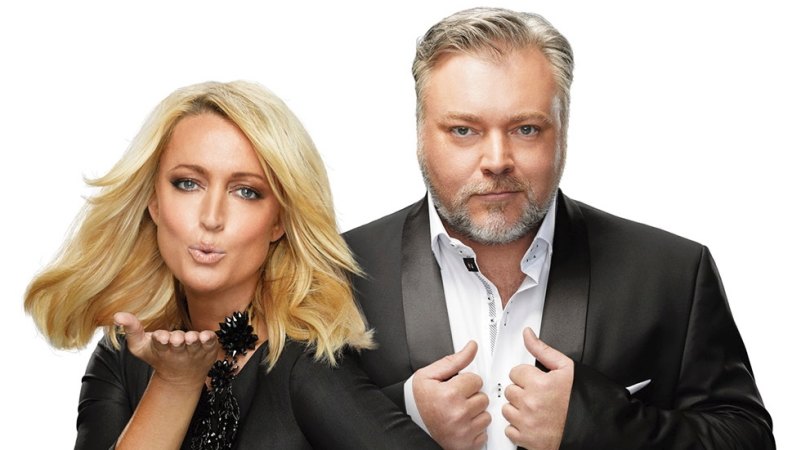 Thomas jnr replied: “Yeah, I was about to ring up the Queen and see if I could rent out the cottage for a while, you know, move in there … and you know, offer my services, you know.”

Sandilands responded: “What do you mean? Sexually? To the Queen? That’s a bit much.” His co-host Jackie Henderson could be heard laughing.

The 54-year-old American guest said that was not what he meant.

Markle, a frequent public critic of his half-sister despite not talking to her for several years, laughed at the discussion and responded that he would “do anything for one hundred bucks an hour”.

Sandilands also labelled Meghan’s mother, Doria Ragland, “the black mum” as part of a question about the strained relationship between Meghan, her estranged father Thomas Markle, and estranged half-siblings Samantha and Thomas jnr.

The comments are provocative given there is a furious debate in the United Kingdom over whether Meghan’s mixed-race heritage has made her a victim of racism.

Kiis FM staff have since removed the word ‘black’ from an online recording of the live interview.

A spokesperson for the station’s owner, the Australian Radio Network, claimed it was not uncommon for the online version of the breakfast show to be cut down as a “best of” package. However ‘black’ is the only word removed from that section of the interview.

A large slab of audio has also been removed in which Sandilands asked Markle whether he was single because having a “princess sister” would have been “a leg opener”.

“You would have said ‘hey have you seen that Meghan Markle? Well she’s my sister’,” Sandilands said during the live interview. “Boing! The legs spring open. It’s amazing.” Markle responded with a crass comment.

That entire exchange is missing from the online version of Monday’s program.

In a statement, an Australian Radio Network spokesperson said: “This was a cheeky and irreverent interview in the style that regular listeners of the show are accustomed to. When listening to this interview within the context of the show, it is clear this is a light-hearted and inoffensive chat.”

The company said Markle was not paid for the interview. He also appeared on Seven’s Sunrise and The Morning Show programs on Monday.

The former lighting technician has previously been paid for tell-all TV interviews and staged photographs with the paparazzi ahead of Harry and Meghan’s wedding in 2018.

Sandilands and Henderson last year signed a contract to remain at Kiis FM until at least 2022. The deal was believed to have netted the breakfast presenters close to $7 million annually, or about $20 million over three years.