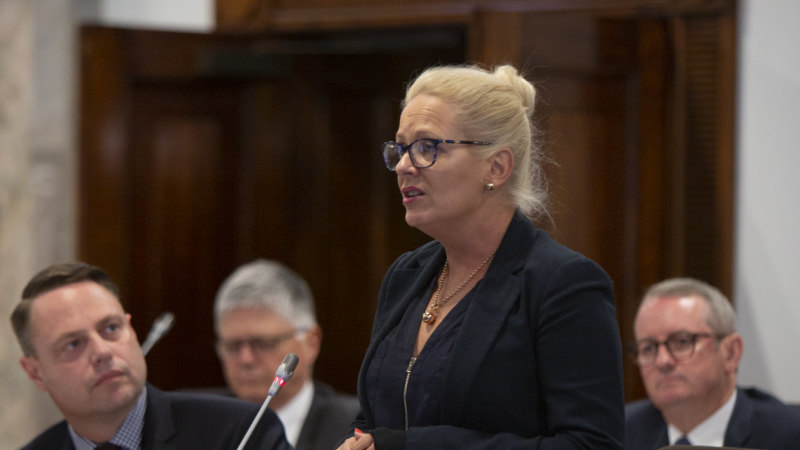 The state may also have the ability to limit the number of councillor advisers appointed, regulate their functions and responsibilities, and publish a code of conduct for advisers.

Few other Queensland councils are politicised to the extent of Brisbane City Council, which is governed by its own legislation and has an LNP-majority administration presently opposed by a Labor minority, with a single Green and independent councillor respectively.

“We absolutely do not accept the proposal that the minister, through a regulation, can dictate the number of advisers each councillor may appoint and the functions they can perform,” Cr Adams wrote.

“It should be sufficient that the allocation of advisers must now pass through full council and the remuneration totals published each year.”

Responding to the submissions, the Department of Local Government wrote that the planned regulations were designed to assist in the “growing trend” of local governments hiring political staff.

“Further consultation will be carried out with stakeholders regarding the framework for councillor advisers,” the department wrote.

The Local Government Association of Queensland also expressed concern, submitting that a proposal to sack an adviser if a councillor is suspended could damage the adviser’s reputation.

“This termination will result in damage to the adviser’s reputation and future career prospects, even if they have no knowledge of the offence the councillor is charged with or the councillor is ultimately not convicted,” LGAQ chief executive Greg Hallam wrote.

The LGAQ also argued that the number of councillor advisers should not be set by law, but should be flexible according to council business needs.

Logan City Council acting chief executive Silvio Trinca wrote in his submission that the proposals could create “both practical issues, and legal industrial relation issues”, with uncertainty over what disciplinary actions could be taken against advisers.

The department wrote that council chief executives would be responsible for any disciplinary actions against advisers.

Public hearings on the bill started on Monday.