Breaking News
Home / Sport / Stosur beaten in the first round

Stosur beaten in the first round

admin January 20, 2020 Sport Comments Off on Stosur beaten in the first round 72 Views 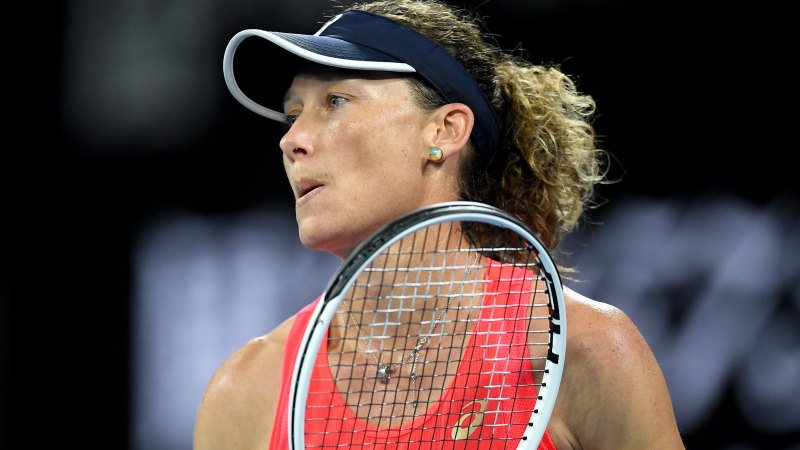 “I do all the things that you need to do, doesn’t necessarily unfortunately seem to come off here for me. Whereas, you know, other tournaments around different places, whatever else, it seems to be a little bit easier for me,” Stosur said.

“I don’t think [pressure] is the issue. Obviously, it’s a little bit different, no doubt, I think all the Aussies would feel it. Some thrive on it, some find it a little bit harder.

“I don’t use that as a reason or an excuse or anything like that. There’s certainly been years in the past where I did struggle with that. But at the moment I don’t think it’s that.

“I think the conditions I find really hard with these courts and balls. I just don’t get the same reward off the court as what I do outside of Australia. I find that difficult every single time.”

“Whether you’re a qualifier, last person in the draw, or Rafa, Roger, Serena, I think everyone is nervous in the first round. Everyone gets a bit of nerves in every single match. If you don’t, then there’s probably something wrong with you. You’re pretty abnormal I think if you’re not going to feel anything,” she said.

“I think it’s just one of those things you want to get your way in. Once you kind of, for a lot of players, get that first match, maybe a second match, things just seem a whole lot easier sometimes.”

Previous Proposals for a better NDIS need to be heeded
Next Severe storms dump rain on SEQ, almost 20,000 without power at blackout peak