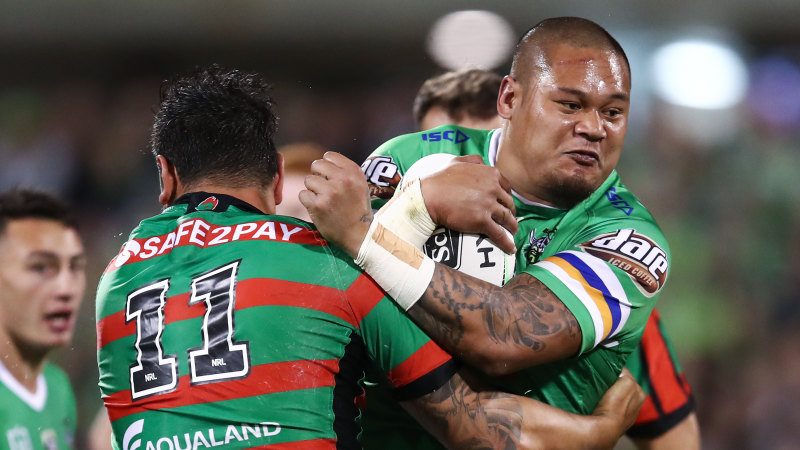 While the Tigers are yet to offer Leilua a deal, their pursuit of Doueihi is expected to get more serious in the coming days.

The Tigers have about $800,000 in their cap and can easily accommodate both this year.

South Sydney coach Wayne Bennett informed Doueihi last week he was free to pursue a starting fullback spot elsewhere, especially with Latrell Mitchell to be given first crack at No.1.

Doueihi was given his start in the NRL by former Souths coach Maguire and signed with the Rabbitohs at the time because of their lack of depth in the halves. The chance to be Benji Marshall’s long-term five-eighth understudy also has appeal.

Having the 190cm right-footed Doueihi and left-footed halfback Luke Brooks as the playmakers would seriously excite Tigers fans in future years.

Marshall, 35, next month, is held in such high regard at the club that Tigers officials are more than happy to entertain the idea of him playing on again should he feel physically and mentally fresh at the end of the season.

The Tigers have three spots to fill on their roster, and have not given up hope of luring teen prop Stefano Utoikamanu away from Parramatta a year early.

In Doueihi’s case, the big sticking point for any move will continue to be money, especially with the Lebanon international on a back-ended deal and collecting more than $500,000 this season, then over $600,000 next year.

Souths have already told Doueihi they are happy for him to see out the final two years, and they can accommodate him in their cap, but his best hope of playing could be off the bench.

Doueihi, a second cousin of dumped Wallabies coach Michael Cheika, had interest from the Waratahs before he signed his first NRL deal, but a return to the 15-man code was not on his radar.

Previous Question of Will: the Waratahs are ready but is Skelton?
Next Proposals for a better NDIS need to be heeded