A long history of failing our endangered species

admin January 21, 2020 Environment Comments Off on A long history of failing our endangered species 63 Views 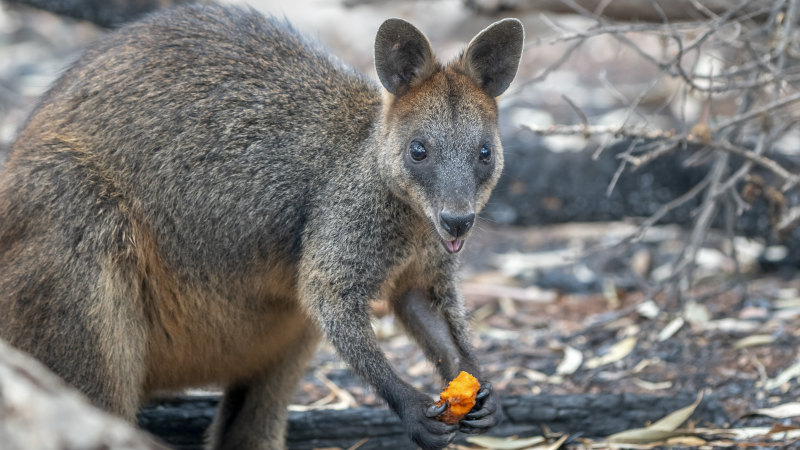 If the intent of Ros Kelly’s Endangered Species Act had been met, if the recovery plans had been carried out, then these catastrophic bushfires would still have had an enormous impact on our wildlife. But the risks of these fires pushing dozens species into extinction would have been greatly reduced.

Kelly said of recovery plans that “the increase in populations of many species should lessen the possibility of extinction through human activity”. That’s true. If we’d properly put in place these plans, then we would have had larger populations of many fire-affected species including more insurance populations in more locations. We’d also have the knowledge base required to spring into action to help these species immediately after the fire-front passes.

Today’s Australian environmental legislation carries forward the recovery plan obligations from Kelly’s act and there remains a clear legal requirement for the environment minister to prepare and regularly update recovery plans. The act also explicitly outlines obligations on the federal government to either implement the plan themselves or to co-operate with state governments to implement them. These obligations are written in law in black and white, but minister after minister has ignored them.

In the US, when the government ignores their recovery plan obligations, an environment group can take them to court and force the government to fund and implement it. In Australia, our courts decline to play this role. The courts have repeatedly said it’s the role of parliament to hold the government to account on policy questions, not theirs. The distinction is that while I could take a minister to court for not following the proper process with a development approval decision, I couldn’t get a court to force the environment minister to fund and implement a plan to save the koala. Australian courts, rightly or wrongly, say that the lines of policy accountability in Australia run from the minister to the parliament, not from the minister to the them.

Parliamentary accountability encompasses everything from asking questions of a minister in question time, through to holding inquiries, through to the most severe possible sanction – a motion of no confidence in a minister or a government. This accountability is not just the responsibility of the opposition, it belongs to every parliamentarian.

A few years ago, the Bramble Cay melomys was the first mammal on the planet to become extinct from climate change. It had a recovery plan that was never implemented, but if it had been the species would still persist. This little brown rat went extinct because successive ministers didn’t follow their own legislation. But not one parliamentarian, in the lead-up to this most preventable of extinctions, ever asked the government if they had implemented the plan.

In the wake of these fires, fully implementing all the recovery plans for endangered species is the very least that is needed and it’s also the government’s obligation under law to do this. But if the government won’t do this, we need parliament to do its job in holding the government to account, using every means they have available.

Tim Beshara is federal policy director of the Wilderness Society.