What’s that in cubits, Tom? 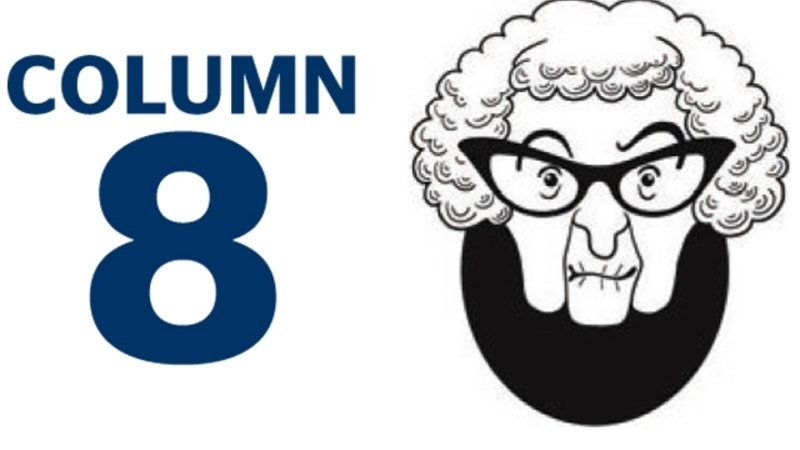 Many readers sympathised with the plight of Col Shephard and his wife (C8). “My adult daughters often arrive at an event wearing the same colours,” writes Colleen Northam of Taree. “Something to do with shared cellular memory?” Alan Robertson of Campbell has a more prosaic theory: “Is it because Mrs Shephard buys Col’s clothes for him?”

“While perhaps not exactly a Zen master, I do know how those e-commerce algorithms (C8) work,” claims Ralph Davis of Wahroonga with Zen-like confidence. “Through ‘third-party cookies’, Google tracks your every move online in order to serve you up ads for products and brands you’ve recently browsed but Google doesn’t know whether you actually bought the product or not, so you keep getting served the ads. I feel for the hapless small businesses paying money to Google, only to have their ads targeted at those least likely to buy!”

Jo Rainbow responds to accusations that her builder’s story was plagiarised (C8): “My apologies to Mr Bryson and to all those who wrote in. In future, I will use the prefix “YAFSWPIHNQ” – Yet Another Family Story Whose Provenance I Have Never Questioned.” James Moore of Kogarah is reminded of the “alleged academic principle that if you borrow from one author it’s plagiarism, and if you borrow from many, it’s research”.

“Last week’s offering of ‘Koala Tea’ has been around for yonks also,” chimes in George Manojlovic of Mangerton. “The version I remember is ‘The Koala Tea of Mersey is not strained’. Some years ago in Column 8 I was accused of pinching a line from The Vicar of Dibley. Miffed, I did some research and found I’d created the gag years before that show even went to air. I’m still smarting. Be very, very careful when writing to your Granny.”

Don Yeates of Cherrybrook and Andrew Taubman of Queens Park sent near-identical Margaret Thatcher (C8) stories: “Mrs Thatcher and her Cabinet were in a restaurant when she was approached by a waiter who took her order,” writes Don. “ ‘I’ll have the beef’, she said.  ‘And what about the vegetables?’ ‘They’ll have the same,’ replied Mrs Thatcher.”

We regret that we cannot publish in full Tim Royle of Chatswood’s remarkable treatise on round tables and the logistics of seating 12 knights thereat. To do it justice would require an expensive fold-out supplement. To summarise, the table would require “a room clearance of over 9.0m”. What’s that in cubits, Tom?