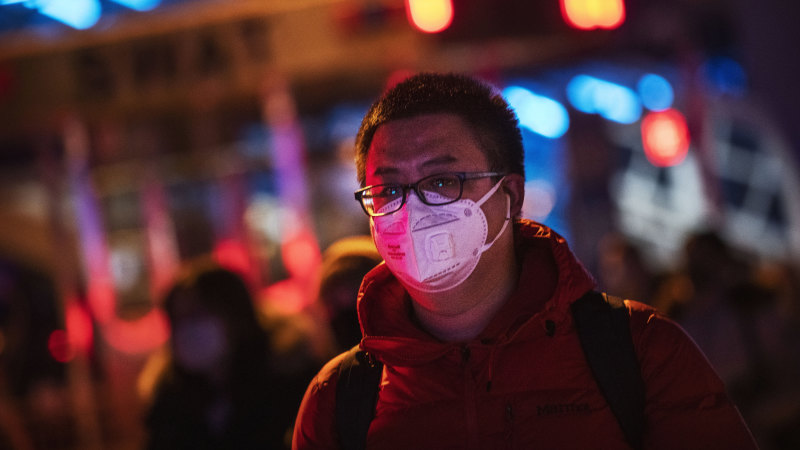 On Tuesday evening, Australia’s chief medical officer Professor Brendan Murphy said there had been no confirmed cases in the country to date and the risk of transmission in Australia “remains low”.

“This is a rapidly evolving matter with developments in recent days and we remain alert but not alarmed,” he said.

However, on Wednesday, Health Minister Greg Hunt told Sky News that Australia was “vulnerable” to the new virus because of its direct contact with China.

“We have declared this as a communicable disease with the potential to spread because there are risks; we should be absolutely clear about that,” he said, adding Australia had “well established” protocols to manage disease outbreaks.

There are three direct flights from Wuhan to Sydney each week, and Professor Murphy said all passengers on those flights would receive information about the virus on arrival, telling them to alert biosecurity staff if they felt unwell.

“Additional information will be displayed at all major international ports around Australia, with instructions on what to do if travellers have symptoms or if symptoms develop,” he said.

Other countries have increased biosecurity screening at airports, with cases also confirmed in Thailand, Japan, South Korea and the US.

Health authorities in Queensland are awaiting results of testing after a man who had visited Wuhan and returned to Brisbane reported symptoms of respiratory illness.

A Queensland Health spokesman said the man was no longer in isolation as his illness had “fully resolved”.

“The man has fully recovered and poses no health risk to the public,” the spokesman said.

“The final results of his tests are expected to be available in the next few days.”

Australian health authorities have urged anyone who has developed respiratory symptoms within 14 days of travel to Wuhan to see their GP immediately after calling ahead to advise the clinic of their symptoms.

Across south-east Asia there are growing fears of an outbreak similar to the spread of SARS in 2002-03. The approach of Chinese New Year – when millions of people travel for holidays – has exacerbated those fears.

Thailand has already reported three cases of coronavirus and has implemented screening procedures for airline passengers travelling from China.

Health officials in Indonesia and Singapore have also introduced screening measures to monitor airline passengers who arrive in either of the countries with fever.

All 135 official entry points to Indonesia have been equipped with thermal scanners and all passengers from China, and from other countries including Japan and Thailand, are being checked.