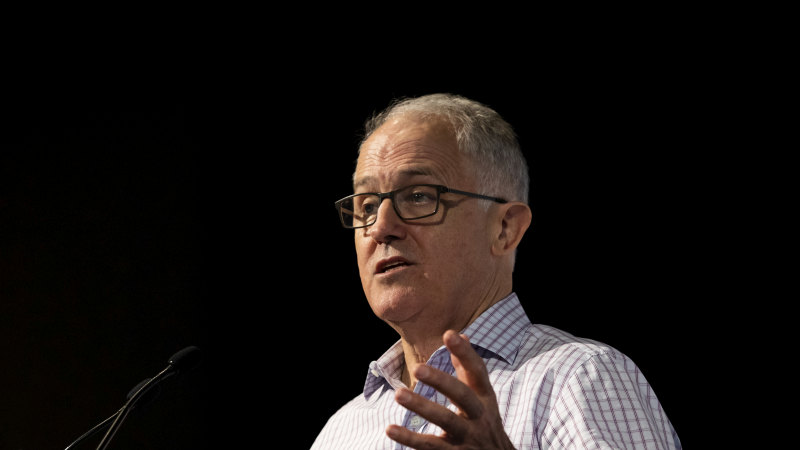 “This is not a time for pessimism. This is a time for optimism,” Trump told the crowd of elite political leaders, business figures, and climate campaigners, including Greta Thunberg.

“Fear and doubt is not a good thought process because this is a time for tremendous hope and joy and optimism and action.

“But to embrace the possibilities of tomorrow, we must reject the perennial prophets of doom and their predictions of the apocalypse. They are the heirs of yesterday’s foolish fortune tellers. I have them, you have them, we all have them and they want to see us do badly but we don’t let that happen.

“These alarmists always demand the same thing: absolute power to dominate, transform and control every aspect of our lives. We will never let radical socialists destroy our economy, wreck our country or eradicate our liberty.”

“In America, we understand what the pessimists refuse to see: that a growing and vibrant market economy focused on the future lifts the human spirit and excites creativity strong enough to overcome any challenge.”

Climate change is a dominant theme at the Davos forum and the US is under particular scrutiny given its impending withdrawal from the Paris climate accord.

Former PM Turnbull and President Trump shared a terse phone call just days into Mr Trump’s administration in which he berated Mr Turnbull over immigration. The two later made up their differences while Mr Turnbull was in office.

But Mr Turnbull was unsparing of Mr Trump’s rhetoric. “He uses the politics of fear when it suits him,” Mr Turnbull said, referring to the President’s language on crime and immigration.

Asked whether he agreed with former prime minister Kevin Rudd’s assessment that plans for a post-Brexit Britain to substitute trade with the European Union (EU) for trade with the Commonwealth, Mr Turnbull said he would “express it differently”.

But Mr Turnbull said while Australia was “looking forward” to a free trade deal with the UK, “it’s not a substitute for the European Union”.

“The problem that Britain faces today is simply this: in an age of rising protectionism, the United Kingdom has chosen to walk out on the biggest free trade area of the world, and its economic prospects… now depend on cutting new and better deals, not least of which is the EU itself.”

Mr Turnbull’s remarks clash with his predecessor Tony Abbott’s argument that crashing out of the EU without a deal in place would be “no big deal”.

Mr Abbott said in October last year that whatever the EU demanded as the price for a deal would be worse.

“Watching the behaviour of the EU over the last three years, you will never get a good deal out of the EU,” he said.