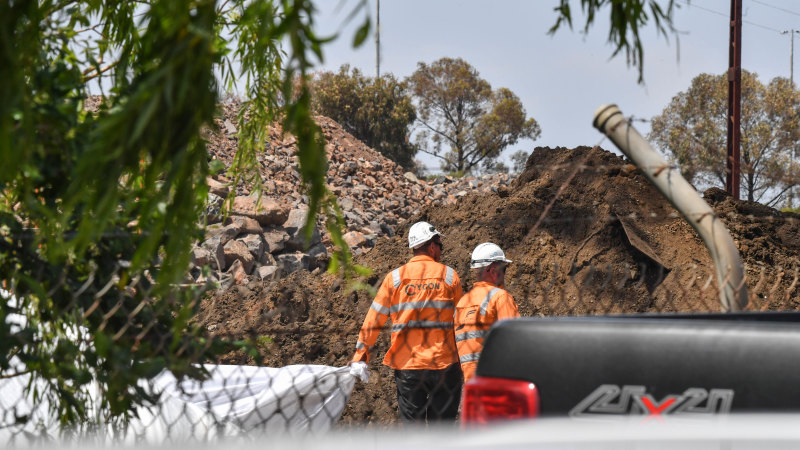 The deadlock raises concerns that taxpayers who are paying $2.7 billion for the toll road could now be charged even more to build the project. Motorists are also facing an extra 10 years of CityLink tolls as part of the road’s funding deal.

The Andrews government’s flagship road project is already set to be a year behind its tunnelling schedule, with nearly 140 tunnelling workers preparing to be sacked on Thursday morning over the inability to continue digging. It is due to be completed in 2022.

Transurban said the EPA’s new rule on PFAS, introduced in October last year, was contributing to the project’s delays. This is because the soil being dug up for the project exceeds the new, higher threshold for PFAS exposure, which means the EPA must oversee how it is managed.

PFAS waste requires specific treatment processes that the state’s landfill operators are not equipped to perform. The private companies believe they should not have to pay for the waste sites to be upgraded.

The parties are also arguing over who would bear liability if a legal claim was made against the project’s PFAS exposure down the track, sources said.

It is difficult to accurately predict the true scale of PFAS underground even with a significant amount of testing, as this group of chemicals often spreads rapidly in water underground, he said.

Transurban was warned by an independent auditor last May that the project’s plan to deal with contaminated rock and soil was inadequate.

Three months after the warning, when the consultancy firm Arcadis published its government-commissioned audit, the tolling company and the builders still had not made any change to the soil management plan.

While not referring to PFAS specifically, the auditor said the project’s contaminated soil management plan was “not providing clear enough guidance on the processes and measures that need to be undertaken to comply with the standards and statutory requirements it references”.

Joshua Aylward, a partner at Shine Lawyers representing property owners in two PFAS class actions, said it has been obvious for many years that PFAS regulations would eventually tighten. Australia’s laws on PFAS management were far weaker than in the US and Europe, he said.

“When you see the rest of the Western world regulating around these chemicals, it shouldn’t come as a surprise when the legislation change imposes more stringent conditions of testing and disposal of PFAS affected soil and water,” he said.

A Transurban spokeswoman said that “while extensive testing was completed during the planning phase, the EPA is evolving its approach to PFAS management in Victoria and the West Gate Tunnel project is working to implement a safe and effective solution in line with the latest policies”.

A government spokeswoman said work on the West Gate Tunnel was well under way.

“The contract states Transurban and its builder are responsible for the disposal of tunnel spoil, which must be done in line with all relevant EPA requirements.”