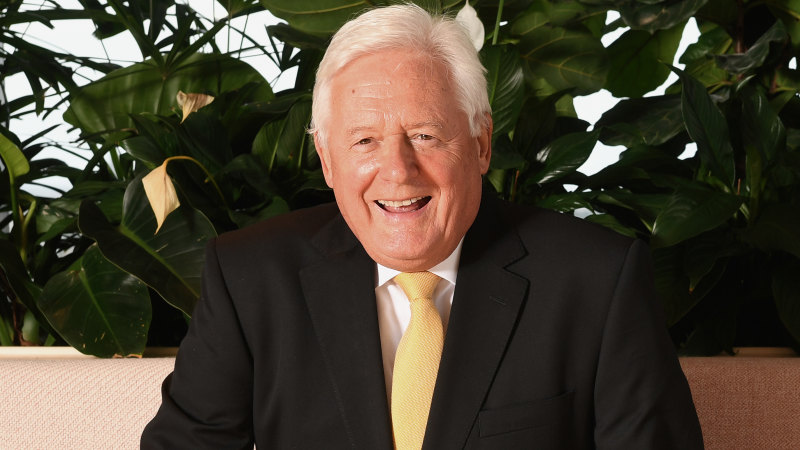 “They’ve kind of got to have experience in one or more areas of the priorities of the company. I think that over-rides whether they come from external or internal.”

Mr McFarlane, a 72-year industry veteran, made the remark after the bank confirmed he would be replacing chairman Lindsay Maxsted from April 2, after the bank’s top ranks were thrown into turmoil by a money-laundering scandal last year.

Analysts and investors praised the appointment, pointing to Mr McFarlane’s strong record for managing risks, delivering returns and cutting costs while he ran ANZ in the decade to 2007.

Bell Potter analyst TS Lim said: “Under his watch risk management was pretty solid and he was not afraid of doing the hard stuff.”

Evans and Partners analyst Matthew Wilson said it was a “canny move” by Westpac, arguing the bank needed to make hard decisions including cutting the dividend and overhauling its technology.  “We expect [Mr] McFarlane to seek out an external CEO who brings freshness and many battle scars from being a banker,” Mr Wilson said.

He had not planned to take on another major leadership role, but said he was “excited” by the challenge of helping Westpac recover after it was last year rocked by a lawsuit alleging 23 million breaches of anti-money laundering laws.

His immediate priority will be to resolve the money-laundering scandal, which the bank is keen to settle. Mr Maxsted said this should be “well advanced” by the time Mr McFarlane takes over as chair in April.

Mr McFarlane removed two chief executive as chairman in the UK – earning him the nickname “Mack the Knife” in the UK press.  He said he was often asked how a business could run without a long-term CEO, but his reply was the business would “get on with it”.

“We’ll just get on with it anyway, and hopefully leave a stronger foundation for whatever CEO comes in or inherits internally,” he said.

Mr Maxsted described Mr McFarlane as “absolutely the right person for the job,” adding the appointment had happened more quickly than thought.

“I think this creates certainty for the company going forward, for all stakeholders, our employees in particular, but for everyone in terms of who’s going to be the next chairman,” Mr Maxsted said.