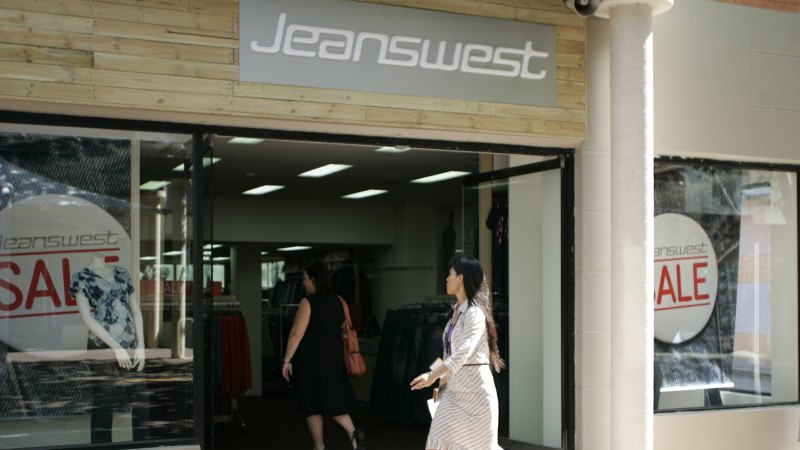 “The decision to proactively restructure the business early in the administration process has not been taken lightly. We are very mindful of the serious impact store closures and staff redundancies have on people’s lives,” he said.

“However, we must also work to maximise the opportunity for this business to be sold or restructured – to give it the best chance to continue.”

The 37 Jeanswest closures has pushed the number of announced store exits in the first month of the new year to 206, with Harris Scarfe, Bardot, Bose, EB Games and Curious Planet all announcing recent closures.

The unprecedentedly high number of retail casualties just after Christmas has hung a dark cloud over the entire retail sector, which has struggled in recent months with recessionary consumer confidence and low spending.

On Wednesday German hypermarket Kaufland said it was exiting Australia despite never opening a store and investing over half a billion dollars on property, staff and distribution.

Sales data for the month of November saw an unexpected 0.9 per cent lift to retail trade, reflecting the stronger than ever Black Friday weekend. But analysts are concerned trade for December may be lacklustre as the success of the sales weekend draws consumers away from Christmas and Boxing Day spending.