Breaking News
Home / AFL / Lock me in for round one, says Stewart

Lock me in for round one, says Stewart 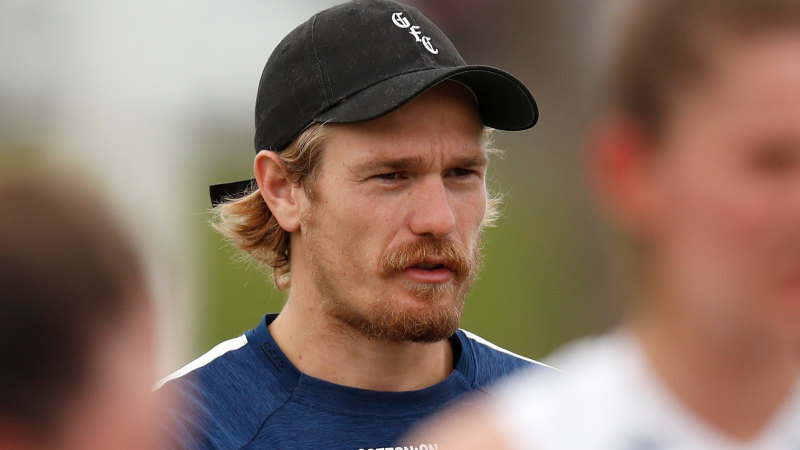 “[I’m] just focusing on round one – that’s the important stuff. But if I’m healthy and ready to go for the Marsh [Community] Series, I’ll definitely want to get some game time in.”

The Cats have pre-season matches next month against the Gold Coast Suns and Essendon before the season proper begins against Greater Western Sydney on March 21.

Stewart has been with skipper Joel Selwood (hamstring) and Mitch Duncan (shoulder/hip) in the rehabilitation group after the latter pair underwent post-season surgeries. Fellow backman Jake Kolodjashnij has also dealt with groin issues this summer.

Stewart has been a key contributor since debuting in 2017 and has missed only five of a possible 73 matches.

The Cats will hope Stewart can regain his mobility soon, for his creativity will be important as they seek to rebound from a preliminary final exit at the hands of Richmond. They had finished on top of the ladder but couldn’t complete the job, particularly with a suspended Tom Hawkins watching on against the Tigers.

The Cats have struggled to convert strong home-and-away campaigns into finals success since coach Chris Scott enjoyed a premiership upon taking charge in 2011, and begin this season with the fourth-oldest list in the competition, with an average age of 24.22

They will hope former Saint Jack Steven can provide drive through the midfield but will still rely on veterans Gary Ablett (35), Harry Taylor (33), Selwood (31), Hawkins (31) and Patrick Dangerfield, who will be 30 in April.

“We did a lot right last year but we stumbled at that hurdle in the prelim. The thing we’re lucky to have in footy is we can have another crack at it this year,” Stewart said.

“We’ve just got to put together a good pre-season and the boys by all reports have been amazing and some of the kilometres they have been covering in sessions have been quite astounding.

“We’re giving ourselves every opportunity to get back to where we were but there is a lot more work ahead of us.”

Stewart said the Cats had been focusing on “wanting” the big moment, with the ability to “stand up” when it counted.

He was one of several Geelong players on hand on Thursday at The Food Purveyor in South Geelong to accept and sort donations for fire-ravaged communities.

Gum-tree boxing and toddler yoga: Life of a footballer in isolation

Eventually, after eight mostly great years, a mutual decision was made for me to depart …