Water cop pledges to back grassroots push for river reforms 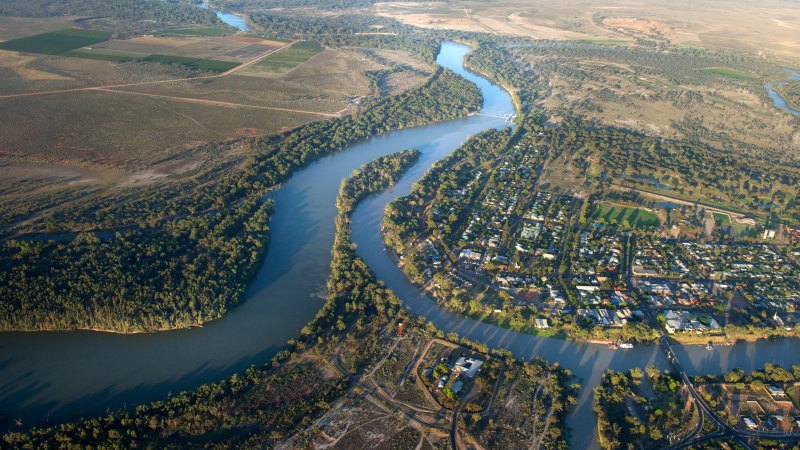 “Why are Hume and Dartmouth dams spilling over with water whilst people have got zero allocation?,” Mr Keelty said.

The inquiry will identify “trigger points where we actually make some adjustments for this sort of dire situation”, he said.

Under the Murray-Darling Agreement, which dates back to federation, South Australia is guaranteed 1,850 gigalitres each year. This agreement is separate to the basin plan, which is an environmental reform to recover over-allocation to irrigation.

Irrigator Ian Fox from Cobram, Victoria, said it was “incomprehensible” that NSW and Victorian irrigators could have no water while South Australia was on “full allocation” and “there’s no pain at the bottom end” of the Murray River.

“In my mind and my heart I believe that South Australia has to get used to when there is a drought, they’ve got to share in the loss the same as us,” Mr Fox said.

In December Mr Littleproud commissioned Mr Keelty to conduct a public inquiry into fairness of rules for water sharing between NSW, Victoria and South Australia after about 2000 farmers and their supporters rallied at Parliament House to protest water reform under the Murray-Darling Basin Plan.

Mr Keelty said he was “bitterly disappointed” that state water ministers refused to support his inquiry at the most recent Ministerial Council meeting in December last year, denying him access to state agencies and records.

“There was nothing to be afraid of. We have to get to the truth. That shouldn’t frighten anybody,” he said.

Mr Keelty said he couldn’t force lawmakers to rewrite rules, but he could use “people power” from meetings like Deniliquin to agitate for change.

“Use me, the office of the Inspector General, when you want to call out reckless behaviour by any of the agencies, any of the policies … let’s keep me accountable to see what I can do on their (farmers) behalf. Stick with me, I’m not going to let them down,” he said.

Changes to water rules pose political risk, and require support from each of NSW, Victoria, South Australia and federal parliament, where the Senate crossbench holds the balance of power.