admin 4 weeks ago AFL Comments Off on AFL finals pain a spur for Lions: Birchall 92 Views 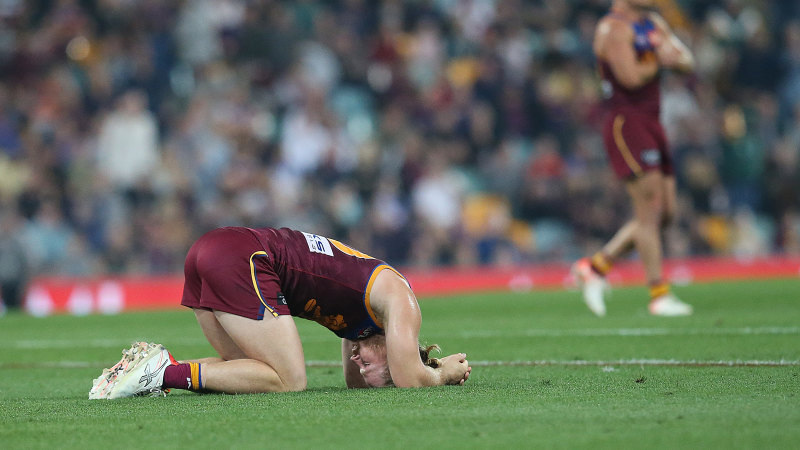 It is something Birchall can relate to.

Following Hawthorn’s 2008 grand final upset of Geelong, the Hawks lost a thrilling preliminary final to Collingwood in 2011 and went down to Sydney by 10 points in a classic 2012 decider when heavy favourites.

“Early days at the Hawks we actually lost some close finals as well,” Birchall told reporters.

“I know what it’s like to lose close finals, so it can only get the team stronger and closer together.

“As long as we grow and learn from it, I can see it as a real positive.”

The 248-gamer heading up to Brisbane continues the strong Hawthorn link at the Lions.

But the 31-year-old said he is far from a replacement for retired legend Luke Hodge in Brisbane’s back-six.

“I’ll play higher up the ground and play to my strengths and help lead and try and help the team take that next step,” Birchall said.

“Luke’s one of the best leaders the game has ever seen, so I’m no Luke Hodge. I will play my way and lead where I can.”

After playing just eight games in the last three seasons, the injury-plagued Birchall doesn’t plan on resting for matches this year unless coach Chris Fagan says so.

“The last couple of years have been pretty tough on the body so I thought a fresh start up in the sunshine would do me the world of good,” Birchall said.

“The body is feeling good; just trying to get strong and resilient again.”

Birchall won’t have to wait long to face his former team, with Brisbane travelling to the MCG to play Hawthorn in round one.

Previous Aussie AAA game director on going indie, then being acquired by Google
Next Looking for love in all the right places

Is Tayla Harris really ‘useless’ when the ball hits the ground?

Champion Data numbers reveal that Harris is the premier contested marking machine of the AFLW, …