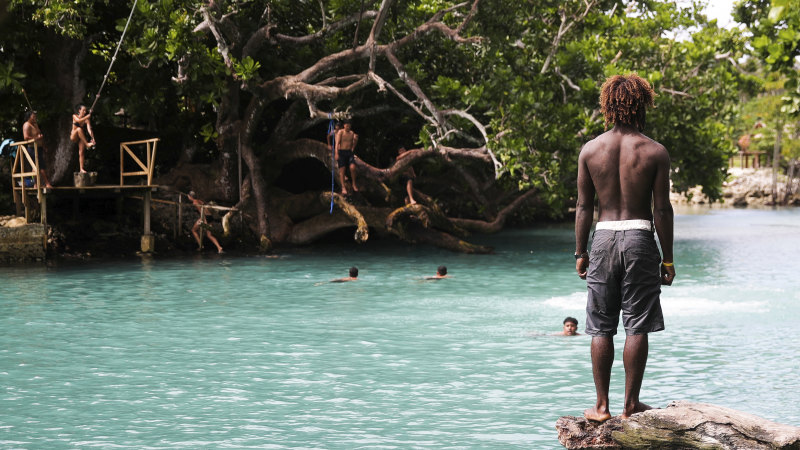 “Ms Glass explained she participated in the rope swing activity to ‘develop [the] right relationships with students. [She argued] it gives them confidence … [it] also develops an inter-respect between the teachers and the students,” the court was told.

“Ms Glass confirmed she was not required to participate in the rope swing in order to adequately perform her obligations in respect of supervising the students.

“Mr McQuaid [another teacher] confirmed the idea of accessing the rope swing was very much student-driven, with several students actively encouraging him to participate.

“When it was her turn to swing off the platform, Ms Glass said she held the rope, placed her foot on the knot at the bottom of the rope and swung out.

“She dropped into the water like most other people would have, but she thought she may have fallen a bit earlier, at which point she felt something ‘go’ in her shoulder.”

Ms Glass was appealing against an initial Queensland Industrial Commission decision that found in  favour of the Workers’ Compensation Regulator instead of her.

“[She] contended that the injury arose squarely out of her employment as she was doing the work she was employed to do or, at the very least, her use of the rope swing was incidental to that work,” court president Judge Glenn Martin detailed, in a January 15 judgment.

“[Ms Glass argued] by joining the students in the rope swing activity, [she] was performing her role as a supervising teacher on the school excursion.”

But the regulator argued using the rope swing formed no part of her role as a teacher.

“In doing so, she was on a frolic of her own and, thus, outside the employment relationship,” it was claimed.

“Her employment only provided a background or setting for her injury in circumstances where Brisbane Catholic Education had not approved, authorised, induced or encouraged her to participate in the rope swing activity.”

In making his ruling, Judge Martin took into account the reasoning of the Queensland Industrial Commission in its decision.

“The commissioner correctly observed that the employment must be important or of consequence so far as the injury is concerned and that there must be some connection between the two things,” Judge Martin stated.

“It was something she decided to do and her employment was not a significant contributing factor to her injury. No error has been demonstrated.”