It was a beautiful sunny day at the beach… 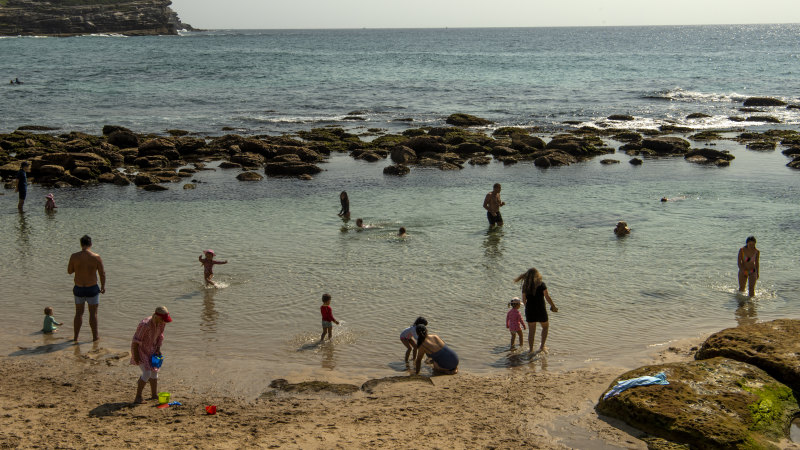 And the seagull that wound up with a chip was the winner and had to immediately hand it over to an aggressive low-headed bully seagull with anger issues. That bully-seagull was a real jerk. Nobody liked that seagull much.

On the other side of the beach, a family of march flies arrived for a beach picnic: Mum, Dad, and two adorable segmented warty little maggots. Mum said, “OK kids, time for lunch! Leg or breast?” And the kids said, “Leg please, thank you, mama!” (March fly maggots have impeccable manners, they’re very well raised.)

The mother flew off to extract leg-blood from a mammal host using her piercing mouthparts, but the mammal host thwacked her with a giant rubber thong, then she fell dead in the sand and was placed neatly in a row alongside other dead thwacked march flies.

Way up the back of the beach, in an exclusive sandy section, was a roped-off area for VIPs – Very Important Plovers. A queue of party-plovers waited to go in, looking ’90s-hip in their black hoodies and sporting red-rimmed goth-eyes.

Watching from afar, the father sighed and said, “Sorry kids, looks like it’s faeces and rotting vegetation for lunch instead,” and the maggots said: “That’s alright, papa! Whatever you can provide will be much appreciated.” They were such polite offspring. Other larval species could learn a thing or two.A DoorBitch Plover let them in one by one, then everyone partied hard inside, getting off their faces on fermented kelp juice and breeding in the dunes. It was a disgustingly hedonistic display. Those plovers have no shame.

Beachgoers were everywhere. Hiding inside a rockpool, a couple of nervy nerdy bivalve molluscs clung to the side, too shy to come out of their shells, wishing they could be more like the showbizzy starfish, doing jazz-hands with its five arms.

Frolicking on a rock face, a shapely sea-squirt jiggled its atrial siphons, other sea-squirts trying not to stare, knowing it was no longer appropriate in this day and age. Under the sand, an artist-colony of sand-worms created beautiful abstract art-squiggles, while a passing crab scoffed and mumbled: “Pffff, my kid could’ve done that…”

Oh, and there were humans on the beach too. But nobody paid much attention to them. They weren’t very interesting.

Danny Katz is a Melbourne humorist.

Previous Bodies of US firefighters retrieved as cockpit recorder may give answers
Next The Good Weekend Quiz: January 25