admin January 24, 2020 Federal Politics Comments Off on More people tested for coronavirus in Australia as China locks down 10 cities 69 Views 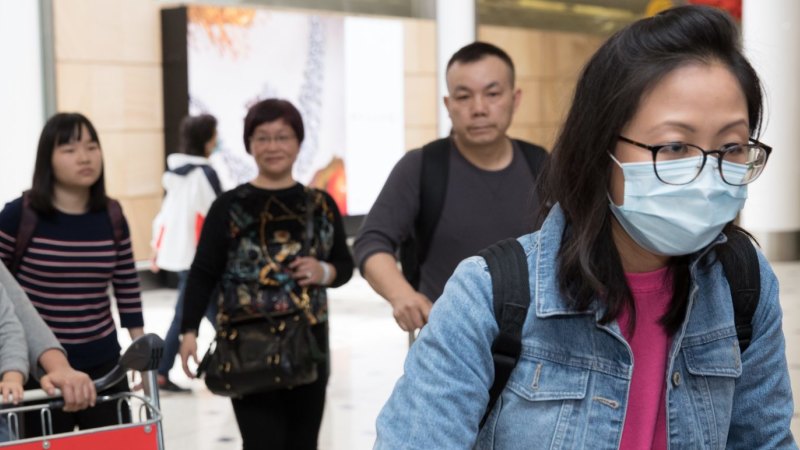 Dr Murphy said there was a risk the virus could mutate and become more infectious, but authorities were acting quickly to test the disease and isolate any threats.

NSW chief health officer Kerry Chant said the patients being tested in NSW had travelled from Wuhan in the past two weeks and had presented at various NSW hospitals with respiratory symptoms.”They are in isolation, they do not pose any risk of transmission,” she said.

Dr Chant said an updated test could be turned around in six hours and should soon become even faster.

“We are often running multiple tests on specimens to have added assurance we are not missing any cases,” she said.

“But I think it has made a big difference to us because it means that the potential of travel to Australia of people from that big epicentre is significantly reduced,” he said.

The former president of the Victorian branch of the Chinese Community Council of Australia, Mike Yang, has more than a dozen family members stuck in Wuhan for the Lunar New Year period. The city has a population of 11 million, twice that of Sydney or Melbourne.

“Everyone is concerned. A lot of people are scared. Scenes like this can unravel really quickly,” Mr Yang said on the phone from Guangdong province after cancelling his plans to travel to the affected area.

He said his family in Wuhan saw bulldozers arrive last night to start work on the new hospital.

“All of the hospitals in Wuhan are at an absolute saturation point now,” he said. “They are full.”

“They simply can’t risk any potential covering up or delay of giving people the right information,” he said.

He said people inside the lockdown zone had banded together and co-ordinated sourcing masks, which were running out in shops. Mr Yang described Wuhan as “the belly of China” due to its place as a transport hub between the west and the east.

“It’s incredibly hard. This time is Christmas and Thanksgiving combined,” he said. “That is why you have so many people migrating across China just to be with family and friends.”

Thousands of travellers from Sydney to Wuhan face scrapping or re-booking their travel after China Eastern Airlines said it would cancel its three flights a week to the city until March 29.

Dr Chant said none of the suspected NSW cases had come from the last flight from Wuhan to Sydney on Thursday but encouraged anyone who had travelled to the affected area to seek care if they developed any respiratory symptoms.