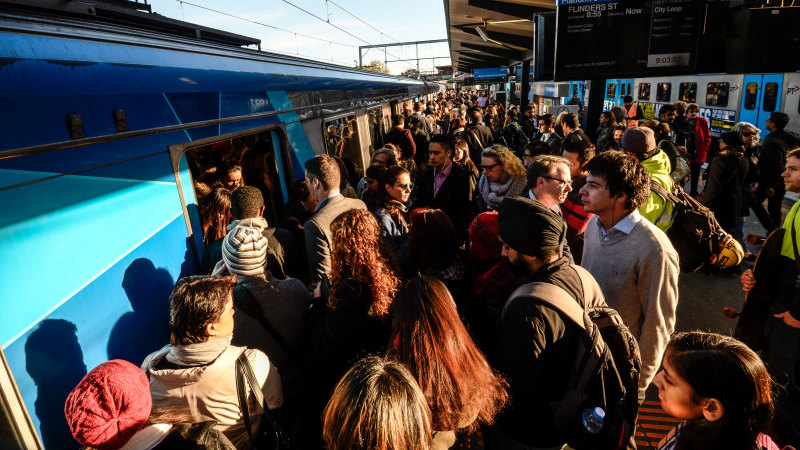 In a bid to avert commuter chaos, Metro Trains took the dispute to the Fair Work Commission on Friday afternoon, saying the union was threatening unprotected industrial action.

Marc Marotta, head of the union’s locomotive division, said drivers have a legal obligation to keep themselves and commuters safe.

Many drivers believe they have not been trained properly to run services through South Yarra, he said.

“A significant number of drivers have concerns about what Metro is doing and want to avoid any disruption, but have put it back on Metro.

“Drivers fear that what they’re doing is not safe.”

Drivers were shown a 10-minute instructional video on how to drive along the new track, Mr Marotta said.

Some drivers watched the video three months ago.

“It’s not the same as actually seeing and driving a train,” he said.

Driving along the tracks involves navigating a “whole range of number of signals, changes in the topography of the track and the gradient has changed”, he said.

Drivers are traditionally joined by another driver on their first run along new tracks, but video training has been successfully used in the past.

The disruptions could be avoided if a resolution is reached between the parties at Fair Work.

Metro Trains said it would ensure services on the Frankston, Dandenong and Pakenham lines resume on time.

“While we can’t comment on legal proceedings, we never compromise on safety and have plans in place to ensure services resume when the works are complete,” a spokesman said.

The union has not been able to take any strike action against Metro while negotiating a wage deal, due to a Federal Court ruling in December last year.

The decision does not extend to V/Line workers, who will refuse to run services for 24 hours on the Geelong/Warrnambool lines on January 29 and the Bendigo and Swan Hill lines on February 7.