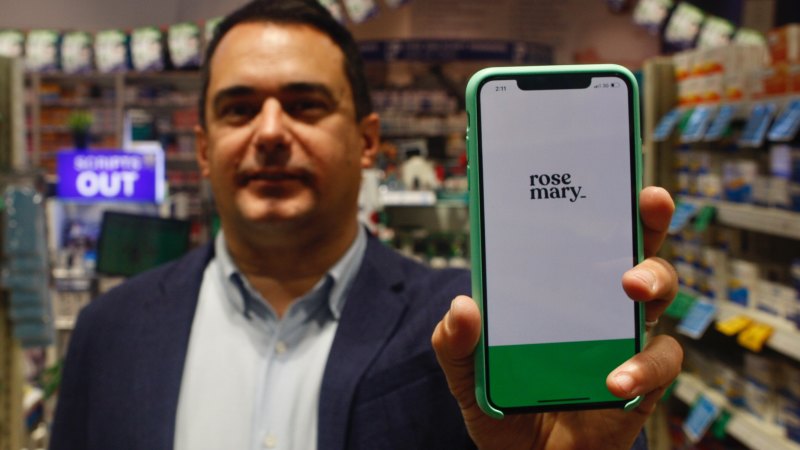 The business is looking to expand just weeks after Amazon lodged trademark applications for its pharmacy operations in Australia.

A spokesperson for Amazon’s online pharmacy business PillPack, which delivers medications, said it had lodged trademark applications for services in Australia and a range of other countries. They said Amazon’s current focus was “on growing PillPack and offering a better pharmacy experience for customers in the United States”, however.

At the moment, users in Australia still need to show their pharmacists a physical copy of their script to place a delivery order for medication, though the Department of Health is currently rolling out a electronic prescriptions across the country, removing the need for paper scripts.

Mr Bonjean said the move to e-prescribing will help companies like his grow at a time where more consumers expect home delivery for prescription drugs. The Rosemary app also organises scripts and reminds users when to take medication and when they need to place new orders.

Mr Bonjean said he didn’t fear Amazon if it was to launch a delivery service Down Under, observing that the most successful businesses would have strong ties with local pharmacies.

“Amazon will only succeed if they partner here,” he said.

Delivery and click-and-collect options for scripts have skyrocketed in recent years, with large chains including Chemist Warehouse offering delivery if users post in their scripts.

Warren Turner, chief executive of Australian pharmacy network Superpharmacy, said about 10 per cent of scripts that his business dispenses are for home delivery.

Pharmacists currently have to have a physical prescription on file to do this, then the business can quickly manage scripts and get medication out to patients when they need it.

“There’s definitely people adopting it and we have quite a broad spectrum – the eldest patient is about 80 and the youngest are in their 20s,” he says.

Mr Turner expected the game would change further once e-prescription systems were up and running in Australia.

Other companies like MedAdvisor have been working on ways of streamlining prescription pick-up for years. The ASX-listed technology company’s apps allow pharmacy customers to keep track of their prescriptions and place orders for medications, provided their pharmacist has their scripts on file.

Chief executive Robert Read said the move to e-prescribing would ultimately streamline this process even further for the 1.2 million users who are already using the service. “It really opens to door to things like more home delivery of medication,” he said.

The Australian Digital Health Agency has developed a technical framework for generation electronic prescriptions and is currently overseeing education and systems testing.

“Electronic prescribing will offer additional functionality and convenience to healthcare consumers and health professionals and it is likely that startups will develop innovative interfaces consistent with the technical framework to realise new opportunities provided by electronic prescribing,” a spokesperson for the agency said.

Previous Our national dish? It’s green, it’s smashed and it comes on toast
Next Men’s rights activist honoured for service to gender equity