Breaking News
Home / Sport / The female Federer: Why Barty can make history at the Australian Open

The female Federer: Why Barty can make history at the Australian Open

admin January 25, 2020 Sport Comments Off on The female Federer: Why Barty can make history at the Australian Open 94 Views 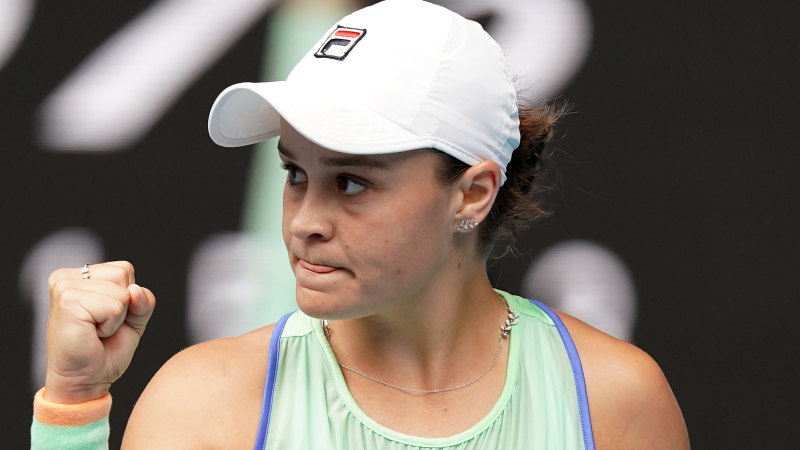 ‘‘I didn’t pick this up on TV, but watching her live, she has to be one of the most intense players on the court that I’ve ever seen,’’ Alexander said. ‘‘That surprised me because off the court, you won’t come across a sweeter person. She has the sweetest personality you will ever see. You never hear a bad word about her.’’

The National Australia Day Council agrees with Alexander’s assessment of Barty. The 23-year-old beat a stellar field to be awarded Young Australian of the year last night, joining an honour roll that includes Lleyton Hewitt, who claimed the award in 2003.

‘‘I think she’s the female Federer,’’ said the one-time world No.4. ‘‘She has a lot of weapons and that gives her flexibility in her game. A lot of girls just have a forehand or a backhand. She has both and then she has a brilliant backhand slice. It’s a big comparison, but I think she has so much equipment and so much to work with that you can see it’s a realistic one.’’

Balestrat was part of a golden era for Australian women’s tennis, which took the success of Margaret Court in the late 1960s and early 1970s and ran with it. Balestrat was always competing with Evonne Goolagong, Helen Gourlay, Wendy Turnbull and Chris O’Neil – the last Australian to win the tournament, in 1978 – for a place in the second week of her home grand slam.

‘‘I guess players come and go through different decades,’’ Balestrat said. ‘‘I’m not sure why it’s taken this long for another woman to crack the top 10 and be right up there on all four surfaces. We had five around the top 10 – it was crazy. I don’t know the economics of it but I would say scenarios like that are few and far between.’’

Balestrat said the key to dealing with the pressure of making a run at a player’s home grand slam is all about the team around the individual.

‘‘If you have a good team around you, they can take the pressure off,’’ she said. ‘‘She’s improved over the last year or so and I know she lost to (Riske) last time they met (at Wimbledon) but she has improved a lot since then. She seems quite relaxed to me – and she seems to be enjoying her tennis. Hopefully we see her playing this time next weekend.’’