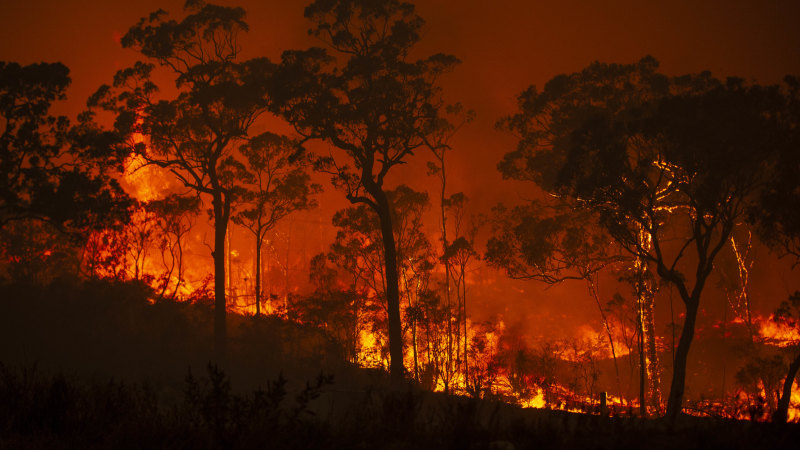 “It has a massive impact on soil, on birds and possums and gliders, and on large old trees. On a whole bunch of things. The forest’s recovery is impaired by 80 to 180 years, so it’s a massive setback,” Professor Lindenmayer said.

“Soil gets washed into streams and rivers and that chokes fish, kills crayfish and completely undermines the quality of the water.

“Many plants germinate after fire, and they’ll get squashed by heavy machinery. So that hugely impairs things like the regeneration and ferns, palms, all kinds of things.”

Former logging contractor Michael McKinnell, who worked for VicForests until 2018, questioned the logic of calls to expand industry access to forests.

He said while logging after fire made economic sense for certain types of timber, particularly ash which doesn’t survive being burnt, it wasn’t warranted in mixed species forest which predominates in major fire grounds of East Gippsland and south-east NSW.

“I would be confident that VicForests and NSW (Forestry Corporation) aren’t considering salvage logging in mixed forest because it’s fire-tolerant and there’s no need to do it,” Mr McKinnell said.

“The forest as a whole isn’t dead. I’m sure good foresters would agree – I can’t ever remember harvesting a mixed species forest.

“There’s no way I would ever support opening access to a national park. We’ve got our patch and they’ve got theirs and it should stay like that.”

University of Melbourne Professor of forestry Rod Keenan said under current regulations, with logging restricted to state forests, salvage logging could be managed to minimise the environmental impacts.

“There are ways to do salvage logging that doesn’t impact more broadly on the environment,” Professor Keenan said.

“You wouldn’t expect to see logging across large areas, that’s not what is happening now anyway. The timber industry is only focused on a relatively small part of the landscape.”

Professor Keenan said after the 2009 Black Saturday bushfires in Victoria salvage logging was conducted on 10,000 hectares, out of a total of 400,000 hectares that was burnt.

AFPA chief executive Ross Hampton said it was common practice to harvest burnt and damaged trees from fire grounds for processing in sawmills.

“Instead of supporting the removal of dangerous fuel loads, some extreme environment groups are advocating for the opposite, which is a recipe for more catastrophic bushfires,” Mr Hampton said.

“There’s an opportunity, should environmental decision- makers ask, to use salvage operations to help the progress of national parks to back a natural state more quickly. For example making roads and camping areas safer by removing killer trees.”