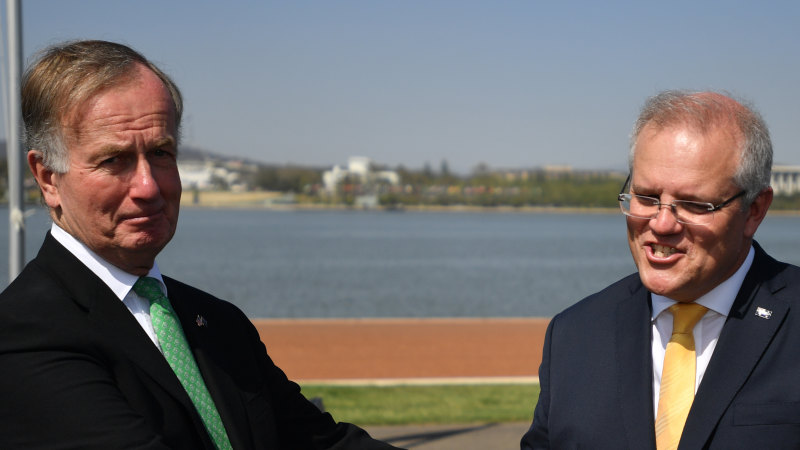 “These fires have been devastating, but through these terrible times we have also witnessed the Australian spirit on display with an outpouring of love, support, courage and generosity,” Mr Morrison said.

“Sadly we have lost too many Australians to this disaster and the Parliament will rightly acknowledge all those who have lost loved ones and those who have suffered injuries or lost their homes or suffered in any way as a result of the recent bushfires.”

Mr Albanese said he welcomed the government “adopting my proposal” and the opportunity for politicians to speak of the impacts of fires on their communities.

“We thank our brave firefighters and emergency services workers for their courage on behalf of their fellow Australians impacted by this crisis,” Mr Albanese said.

The death toll from the bushfire crisis rose to 33 this week, after police found a body found in a car near Moruya, on the NSW south coast, and three American firefighters were killed when their waterbombing aircraft crashed near Cooma, NSW.

A special event will also be held on the first day of Parliament for families who lost loved ones, as well as representatives from the NSW Rural Fire Service and the Victorian Country Fire Authority.

Mr Morrison said on Sunday the National Emergency Medal would be awarded to recognise emergency responders.

Emergency services volunteers, as well as fire, police and ambulance workers, along with Defence Force personnel and reservists, are eligible to receive the medal, which recognises their efforts during the bushfire season.

Mr Morrison announced the award during his speech at the National Flag Raising and Citizenship Ceremony in Canberra.

He said the medal would honour “the selflessness, courage and sacrifice that we have all witnessed this summer”.

Detailed eligibility criteria for the medal will be developed when the bushfire crisis is over.