We should be turning our sunshine into jet fuel

admin January 26, 2020 Environment Comments Off on We should be turning our sunshine into jet fuel 65 Views 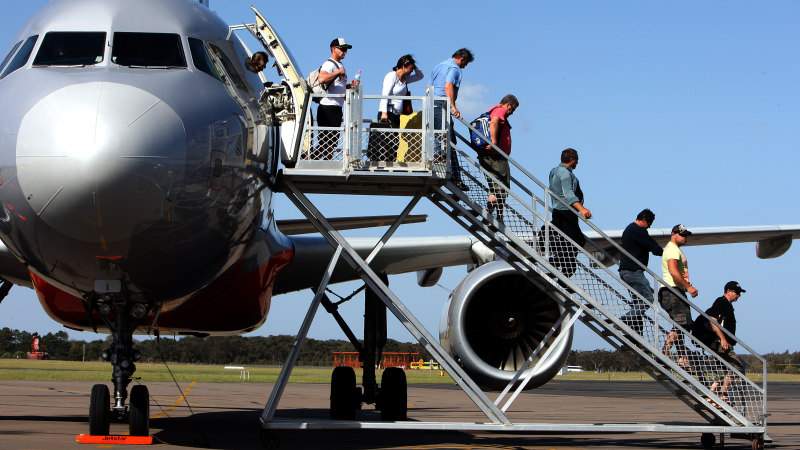 Let’s take a practical example. There is no prospect in the foreseeable future of airliners being able to run directly on electric batteries charged by renewable sources – to cross the Atlantic, say, the batteries would simply be too heavy. In this respect, kerosene is a remarkable chemical, storing so much energy per gram of fuel. We cannot simply stop aircraft flying – the world’s economy depends on aviation.

Kerosene, as burnt by today’s aircraft, derives from fossil carbon, and it is our emissions of fossil carbon that are causing the climate to change and the Australian bush to burn. However, it doesn’t have to be made from fossil carbon. It can be made by sucking carbon dioxide out of the air and combining it with hydrogen, which has been made by separating it out from oxygen in common-or-garden water (a process known as hydrolysis).

Of course this requires energy and it would make no sense to create such synthetic kerosene using energy from fossil carbon. However, if kerosene is made using renewable energy then it does make sense.

With recent instability in the Middle East, this may happen in any case. However, this is the time for countries, especially those who have signed up to the Paris accord, to assert the following.

Let’s say by 2040 (though perhaps it could be done sooner) aircraft that land and take off at airports in these countries will, if the planes run on fossil kerosene, be taxed by such an amount that would make it economically much more attractive for them to run on synthetic kerosene.

Of course this won’t make sense unless synthetic kerosene is available in sufficient amounts. Australia, with its enormous sunny interior, could be the world leader in the development of synthetic kerosene and capture the market.

As a politically stable country, one would not have to worry about supplies getting shut off by political instability, such as might happen in other sunny parts of the world. Australia could be the go-to country for synthetic kerosene.

Perhaps  Britain and EU countries could take the lead in announcing a date when planes landing or taking off using fossil kerosene will be taxed extra. Mr Morrison, if they do so, are you prepared to take the initiative in making use of your vast reserves of solar energy to help make the aviation industry significantly greener? Even if it is only to safeguard your own forests.