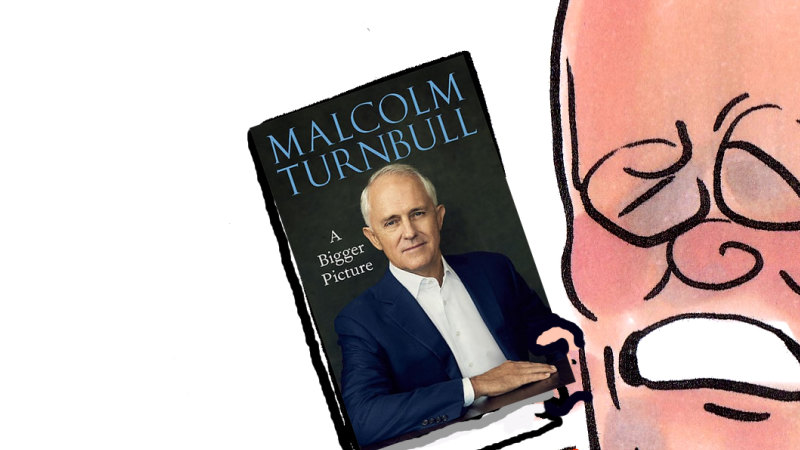 Apparently the autobiography’s conclusion includes a continuation on the theme.

“He’s had time to think about the bushfires too,” Grant said.

No doubt his former colleagues are thrilled.

Federal Liberal MPs are hard at work getting their paperwork in order for preselections which close on Wednesday. Readers might be surprised to hear the MPs who won the election in May are being forced to re-contest their seats less than 12 months later. Turns out, the MPs are surprised too.

After all, they all signed a letter in November asking state officials to push the process back, arguing it was too early. The request even had the Prime Minister’s support – but that wasn’t enough to persuade party officials.

Members have lodged three petitions in the last month trying to stop the preselections. When the first two didn’t get up for legal reasons, the author of the petition Andrew Asten, lobbed a third which proposed a vote of no confidence in the party’s officials, and another motion to turf the entire committee.

No wonder some MPs dubbed it the “nuclear” option.

And while the officials are conferring on whether the petition conforms with party rules, the preselections are continuing in earnest.

For MPs, this means submitting two letters of recommendation, and a $3000 application fee. There are new requirements too, including a credit check and a police check.

It’s well known that party veteran Kevin Andrews is being challenged in his seat of Menzies by barrister and former special forces soldier Keith Wolahan.

What’s less known is that the Howard-era immigration minister is responding to the challenge with a reference from none other than Prime Minister Scott Morrison, which urges members to support the veteran over the challenger.

Of course, all sitting MPs are entitled to a reference from their boss, but not all MPs take it. Nor do all MPs receive a reference as “glowing” as what Andrews has received.

Talk about a coup of grand slam proportions. The Sheffield-born, Melbourne-based artist David Bromley has scored an international audience in the most unlikely of places – at the Australian Open.

The artist known for his distinctive portraits of Megan Gale and Miranda Kerr was tapped to capture a slew of Australian and international tennis greats to adorn the walls of the players’ quarters.

For the uninitiated, that’s the well-appointed labyrinth underneath the Rod Laver and Margaret Court arenas at Melbourne Olympic Park where the real stars of the Open – the athletes – are located when they’re not on the courts. There are gyms, ice baths, stretching rooms and all that’s expected for the fit crowd. But there’s also rooms to collect prizemoney, tax consultants on call, and even a beauty bar to scrub up post-match, and before the festivities.

But back to Bromley. He has captured John McEnroe, Serena Williams and Australia’s Ash Barty among almost a dozen players lining the walls. And now Tennis Australia tells us the paintings are selling like hotcakes.

Readers on their well-earned breaks may have missed the news that South Australian conservative Cory Bernardi handed in his resignation to Senate President Scott Ryan last Monday. After all, didn’t the former Liberal say farewell last year?

Despite having announced his departure on November 19 and last sitting in the Senate on December 5, Bernardi had much to gain from not handing in the keys until mid-January.

That would be an easy $26,623 to tide him over the holiday break, courtesy of a continuing taxpayer-funded salary that only concluded once an official resignation had been tendered.

Previous Australian Open 2020: As it happened Nadal beats Kyrgios in four-set epic
Next What coronavirus teaches us about China