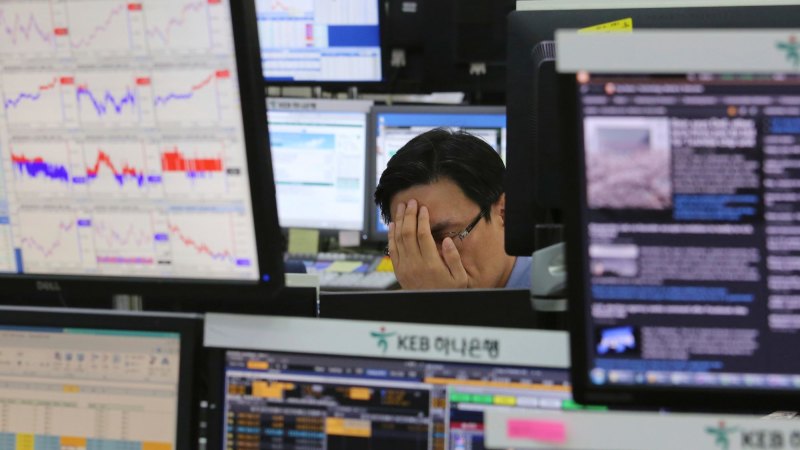 The ASX was closed for the Australia Day public holiday, and Chinese markets were also closed for Lunar New Year period. But the Australian dollar slumped 0.3 per cent to a two-month low of US68.02¢ in offshore trading, Japan’s Nikkei Index fell 2 per cent and iron ore futures in Singapore were down by as much as 5 per cent.

Many major cities in China are already locked down, leading to widespread disruptions over the busy Lunar New Year holiday period. Analysts at Standard and Poor’s (S&P) Global Ratings warned the impact on the world’s second-largest economy could be significant.

“During 2019, consumption contributed about 3.5 percentage points to the overall real GDP growth rate of 6.1 per cent,” said Shaun Roache, Asia-Pacific chief economist at S&P Global Ratings. “A back of the envelope calculation suggests that if spending on such services fell by 10 per cent, overall GDP growth would fall by about 1.2 percentage points.”

Along with the potential economic damage within China, increased coronavirus cases being reported abroad, including in Australia, further amplified concerns over its impact on the global economy.

The gold price jumped to $US1586 per ounce, moving back towards the seven-year high above $US1600 per ounce hit earlier this month following an Iranian missile attack on Iraqi bases used by US forces.

Benchmark 10-year US government bond yields also fell to a three-month low of 1.627 per cent, extending the decline over the past month to over 30 basis points. Benchmark Japanese bond yields,  also declined to a near two-month low of -0.052 per cent.

The Japanese yen, another perceived safe-haven during times of increased uncertainty, also hit fresh three-week highs against the greenback.

The exact opposite market reaction was seen in riskier asset classes on Monday, especially those linked to the outlook for the global economy.

Brent crude futures tumbled to a fresh three-month low of $US58.68 per barrel, extending the decline from the highs seen earlier this month to over 18 per cent. Similar declines were also seen in base and bulk commodity contracts during the session, including a more than 3.3 per cent decline in Singaporean iron ore futures.

US S&P 500 futures also fell more than 1 per cent, pointing to the likelihood of another steep decline in the physical market after recording its largest percentage decline since October 10 on Friday.

Even before the latest coronavirus headlines, benchmark Australian 10-year bond yields skidded to fresh two-month lows of 1.076 per cent on Friday. The falls seen in US and Japanese bond markets on Monday suggest there may be further downside to come when trade resumes on Tuesday.