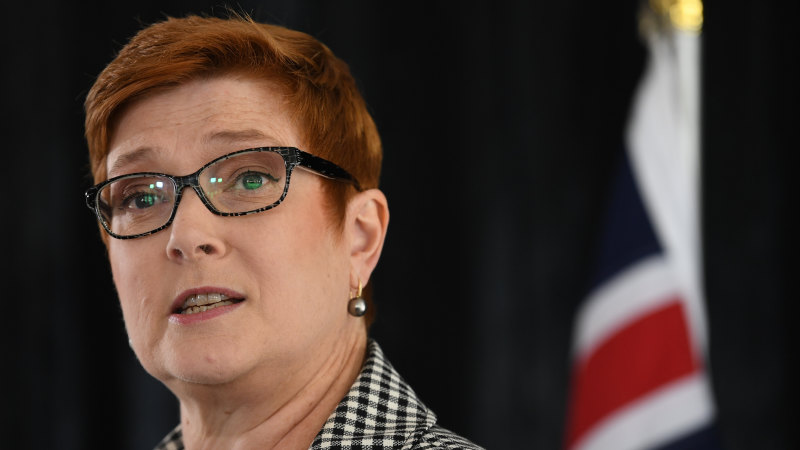 While Chinese officials on Monday said people with the coronavirus might be able to pass it on before they showed symptoms, Australia’s chief medical officer, Brendan Murphy, said Australian experts were “not convinced of that at the moment”.

“It would be very unusual, because this virus is similar to the SARS and MERS viruses – and they were not infectious before symptoms,” he said. “We’re seeking urgent advice from the World Health Organisation and international experts. If that were to be the case, it would have implications for contact tracing.”

Senator Payne said it was not clear how many Australians were trapped in Wuhan and surrounding cities that had been locked down, with dual nationals’ ability to travel on their Chinese passports making it difficult to track their movements.

“We’re very much relying on people notifying us of their presence in the region,” she said.

The government is under pressure to respond to the crisis after the United States embassy in Beijing announced plans to charter a private aircraft to evacuate staff from the US Consulate General in Wuhan and some private citizens to San Francisco on Tuesday.

The death toll from the virus reached 80 people in China on Monday, when authorities revealed more than 2700 had been infected. Four patients in NSW and one in Victoria have tested positive to the virus.

There are no plans to suspend inbound flights from China and Senator Payne said closing Australia’s borders due to coronavirus “would be a very significant step”.

Senator Payne said Australian consular officials in China, based at the embassy in Beijing and the Consulate General in Shanghai, were subject to travel restrictions and would “continue to work co-operatively” with Chinese authorities.

“We’re treating this situation with the utmost seriousness,” she said.

The Department of Foreign Affairs and Trade emergency consular line had taken more than 385 calls, she said, but that did not necessarily mean hundreds were stranded as “multiple family members may make contact about the same individual”.

The minister was not able to say whether it would take weeks or months to evacuate Australians, describing the process as “complex”.

Health authorities were “considering the implications” of evacuating citizens from Wuhan and “minimising” any possibility of the virus spreading further in the process, she said.

Professor Murphy said the government had increased border measures to include loudspeaker announcements in English and Mandarin at airport arrival halls, advising anyone who had recently travelled to China that information pamphlets were “available for them to collect at the airport”.

He said there was not “sufficient evidence” of risk to support quarantining every passenger who arrived after travelling to Wuhan.

“Now the Chinese government has locked down the Hubei province, which is where the majority of these people have come from, it’s quite hard to get out of China from those at-risk areas,” he said. “We think the risk of someone coming on current flights is very low. You might be quarantining
thousands of people for little benefit.”

Professor Murphy said the number of confirmed cases in Australia would likely rise, with a number of suspected cases still awaiting test results.

Previous Coronavirus: Stranded Chinese students anxious to return to Australian unis
Next Sports rorts is in order! The term was invented by the Speaker himself