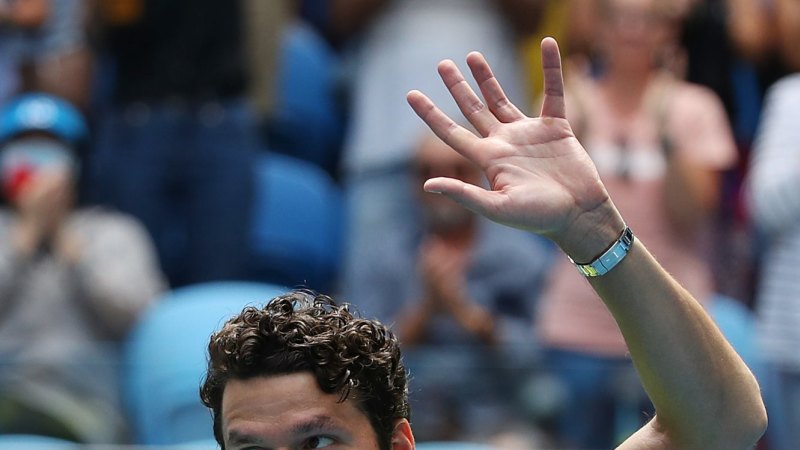 After reaching the quarter-finals last year at Melbourne Park, a knee problem forced him out of the entire clay-court season, including the French Open.

Then he was unable to play the US Open due to a hamstring issue, while also missing the Davis Cup final against Spain with a back strain.

But the big-serving Canadian, who is yet to lose a set this Open and dispatched No.6 seed Stefanos Tsitsipas, is mentally and physically refreshed after a big off-season.

“Now I have to find a way to continue playing well in this tournament.

“After that, find a way for continuity and try to create some momentum so I can do this week in and week out without having to take long breaks and regressing my training.

“It would be nice to be able to consistently train, and then that way I don’t have to really train as hard because my level isn’t falling off because I haven’t been bedridden or sitting on a couch for weeks at a time.”

The 29-year-old has reached the quarter-final stage at the season-opening grand slam five times, with his best result a semi-final appearance in 2016 when he lost to Andy Murray in five sets.

He hasn’t beaten Djokovic in nine attempts and knows he will need to pull something out of the bag to upset the 16-time grand slam champion.

“I think we play quite opposite from each other, and he’s done a good job in the past neutralising my serve.

“So I have really got to focus on my things well and be the one dictating.”