Recognising Margaret Court’s record was the right thing to do

admin January 27, 2020 Sport Comments Off on Recognising Margaret Court’s record was the right thing to do 86 Views 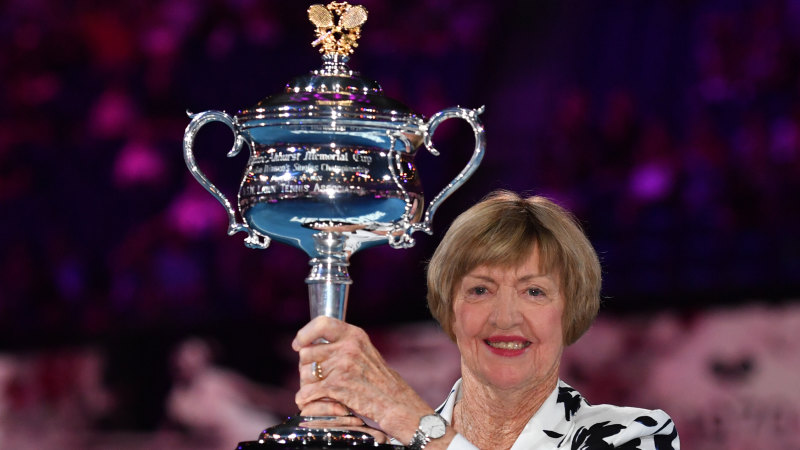 Tennis Australia chief Craig Tiley did his best, making it clear to Court that while she would  be recognised for her tennis achievements, her personal views on homosexuality were counter to everything the modern tennis game represents. The Age believes this was the right approach. But for all the pre-tournament negotiations, how it played out was always going to be unknown.

While the issue has provoked some skirmishes on social media, and has been mentioned in some reporting, it has hardly shifted attention from the actual tennis. And it appears the crowds have been respectful of Court when she has been watching on from the stands, and during Monday night’s presentation. Surely this is as it should be.

It has helped that Court has, for the most part, kept her views to herself during her time in Melbourne. In her only public comments, she went on ABC Radio in Perth to defend herself: “I think people are trying to take it out on me because of my beliefs … Wherever I go, I’ve had so many people touch me on the shoulder and say, ‘Thank you for being my voice’, and I’ve never had anyone touch me on the shoulder and say, ‘I hate you.’ I just bring what the Bible says.” That is not the voice of a person who is about to change her mind.

That is a shame.The Age strongly disagrees with Court. Her stance that homosexuality is a choice is hurtful to so many people, and is just plain wrong. And after so much debate, how quickly same-sex marriage has become a daily occurrence without fanfare raises the question of why it took so long for politicians to make it happen. This should highlight to Court how counter to mainstream Australia her views are.