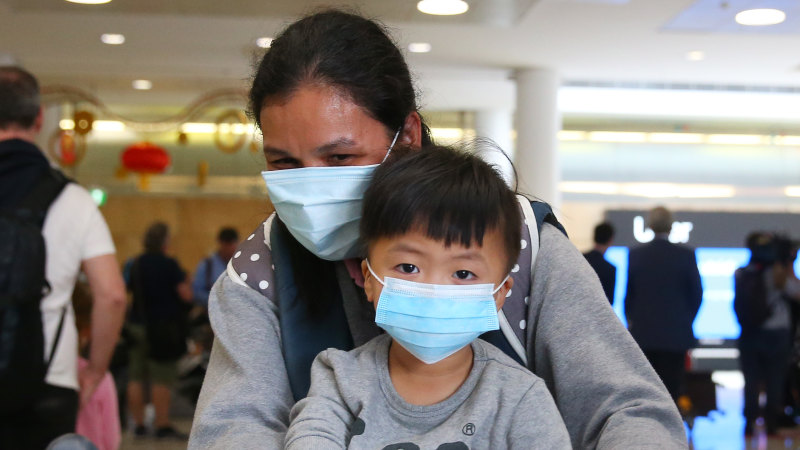 “Australians who feel the government should know they are in a dangerous location should think very carefully about whether they are making a wise travel choice for their situation,” it said.

“All Australian travellers are responsible for their own decisions.”

Many of those stuck in Wuhan travelled there before DFAT upgraded its travel advice for the city to “level 4 – do not travel” overnight on Friday, January 24. The advice had only been upgraded from “level 2 – exercise a high degree of caution” to “level 3 – reconsider your need to travel” the previous day.

Senator Payne said on Monday that people with family members trapped in China should phone DFAT’s emergency consular line, which had already taken more than 385 calls about the coronavirus.

“I absolutely understand the emotion and the concern that many Australians have about family members who are currently in this region in China,” the minister told reporters in Sydney.

DFAT’s decision to cancel Smartraveller registration was not widely publicised and an ABC radio host mistakenly advised Australians on Monday morning to register their travel through the website.

Travellers can still subscribe for Smartraveller email or text message alerts relating to their destination.

DFAT reviewed the Smartraveller itinerary registration feature after the Australian National Audit Office found it was “poorly utilised” despite high levels of public awareness and “promotes an attitude of dependency among those who complete the process”.

The audit office said in a 2015 report that traveller registrations could instead be integrated into booking websites and travel agent systems so that people could register at the time of booking an overseas trip.

The Smartraveller website said the change had not been made for budgetary reasons, but aimed “to improve our response time, which is absolutely essential to helping Australians in need who are involved in crises overseas”.

“Very few Australians ever registered their details with us. The data we received was often incomplete or inaccurate,” the website said. “This delayed getting help to those in need.”

It said most people who needed consular help either contacted the embassy or DFAT themselves, or a family member did so on their behalf.

“We encourage you to leave your itinerary and contact details with your family, friends or employer and stay in touch when you’re overseas,” the website said.

“If a crisis occurs, you can either contact us directly or your family, friends, employer, travel agent or tour operator will contact us on your behalf.”

A DFAT spokesman said the previous Smartraveller system “was not effective”, with less than 6 per cent of travellers registering and few people updating as they moved, forcing the department to “spend time and resources looking for people in a crisis who had registered for a country but weren’t in the area relevant to the crisis, or who were no longer in the country”.

“Families are one of the best sources of real-time information, which is why we’ve asked families to contact our Smartraveller line in the coronavirus health crisis,” the spokesman said.

A “travel tip” in the current series of Australian passports also advises citizens to register their trips with Smartraveller.

The Smartraveller website said the text was written in 2013 and that the next series of passports “will not include a reference to registration”.

“We also encourage Australians who are travelling to subscribe to Smartraveller email updates,” the spokesman said.

Panic buying escalated through March in Australia. Sales of canned and dry soup surged by …