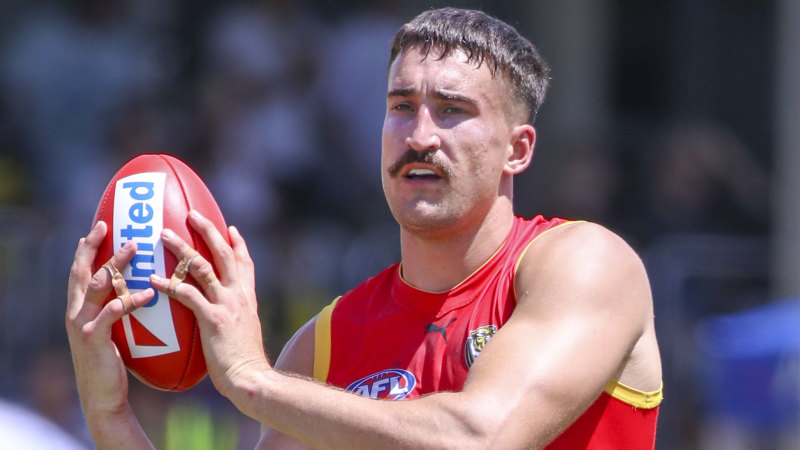 The pair would combine throughout the finals, ending in 89-point demolition of GWS in the decider.

Although Nankervis is still rehabbing after having off-season groin surgery, Soldo is eager to renew their partnership when the 2020 campaign gets underway.

“With the six-six-six … it’s pretty demanding on the bodies for a ruckman so to have a chop out definitely helps,” Soldo said from Richmond’s pre-season training camp on the Gold Coast.

“We’ve found that having the two rucks really made us dominant in the VFL so why not let it happen in the AFL? Last year it definitely worked.”

Soldo himself is still coming to terms with his annus mirabilis which culminated in a premiership medallion after a grand final display that included five marks, 22 hitouts, 17 disposals and a goal in the third quarter.

“Personally I just enjoyed that year. Winning a grand final is pretty unreal,” he said.

“I guess game-to-game you get more confidence which helps but nothing will ever change with the way I train and I approach it.

“Maybe leading into next year I hope to play more games as well but, once again, it’s up to Dimma [Hardwick] to play me.”