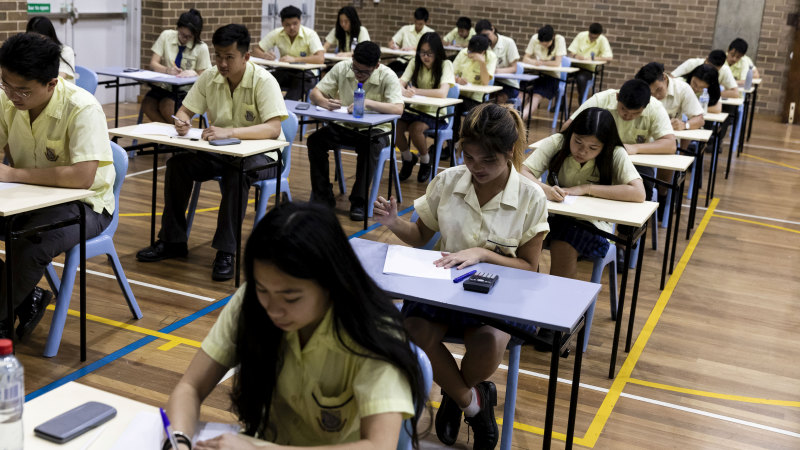 “We appreciate that there may be families who are travelling, or have travelled, within China during the holiday period,” reads the letter from principal Tom Batty, which was provided to 3AW host Neil Mitchell by parents and was also sent to parents in Chinese.

“The school also understands that it is likely some families will remain in China
beyond the commencement of the school year due to travel restrictions in certain cities.

“The containment of such a virus is dependent on individual behaviour. Accordingly, we would ask you to consider whether you should delay your son’s return to school.”

The letter says students who visited Wuhan City and surrounding areas – where the virus started before spreading to almost 3000 cases in China – over the school holidays should wait 14 days after returning to Australia before they attend school again.

“As school starts for a number of boys on 30th January, your son would need to have been back in Australia by Thursday, 16th January, and clear of symptoms, to commence on Day 1.”

Firbank Grammar principal Jenny Williams warned in a letter that students who visited anywhere in China during the holidays and have symptoms such as a fever and cough should avoid attending school.

Those who visited Wuhan City, in Hubei province, or came into close contact with someone who did should also self-isolate or stay in China, the letter states.

“Students who do not fall into one of the above groups but have travelled to China will be monitored on a daily basis by Firbank health staff,” it reads.

State school principals and teachers will come back to school for planning on Tuesday, ahead of students’ return on Wednesday.

Sue Bell, president of the Victorian Association of State Secondary Principals, said many principals would likely have their response to coronavirus at the top of their agendas on Tuesday.

“I would think so, if they have students who have been to China either on a holiday or on international programs,” she said.

“Not every school does, but if you have a school community who travels and might have been in China, yes, [coronavirus] will be number one priority.”

A state education spokesman said the department had issued advice to schools regarding coronavirus.

“This includes precautionary measures schools can take to stop the spread of infection,” he said.

Meanwhile, a Chinese man in his 50s remains in a stable condition in quarantine at the Monash Medical Centre in Melbourne, while on Sunday Victorian authorities said 11 more people were awaiting test results.

Chinese authorities said on Monday that the coronavirus outbreak has killed 80 people in China, up from 56 on the weekend.

Chinese state radio reported on Monday that schools and universities in Beijing had already delayed their reopening.

The Victorian education department is yet to issue public advice regarding coronavirus.

Previous Coronavirus outbreak could shake a vulnerable global economy
Next ‘Put to the test’: Fireys brace for sweltering heat, thunderstorms