Bolton and Pompeo should testify at Trump impeachment trial 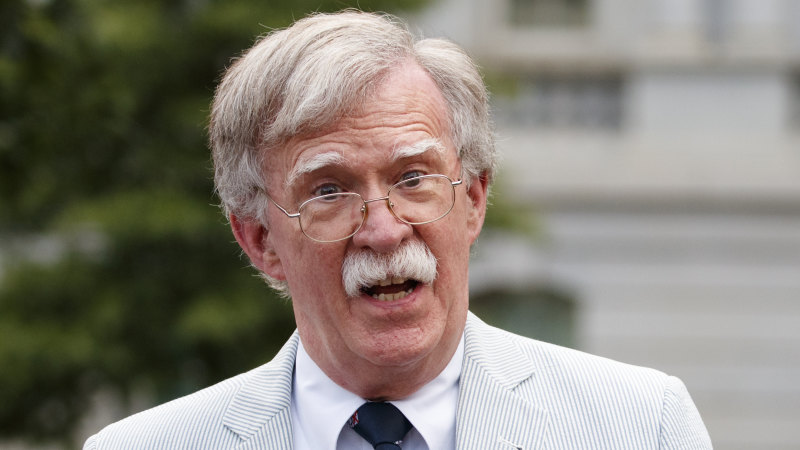 Republican senators’ reasoning is straightforward: Mr Trump has defined party orthodoxy in his own image and anyone who objects will face destruction, either from the leader or the plurality of the electorate that chose him.

Enter John Bolton. Another casualty of Mr Trump’s febrile approach to hiring and firing, the fallen national security adviser decided to write a book about his experience, the manuscript of which has reportedly been sitting in the White House waiting to be vetted for publication for a month. Leaks from that manuscript have at first blush confirmed what Democratic congressman Adam Schiff told senators only days ago: “[Mr Trump] has done what he’s charged with: he withheld the money, he withheld the meeting [with Ukrainian President Volodymyr Zelensky], he used it to coerce Ukraine to do these political investigations, he covered it up, he obstructed us, he is trying to obstruct you and he’s violated the constitution.”

It remains to be seen whether key Republicans – having complained repeatedly of the absence of first-hand witnesses – will finally agree to call Mr Bolton to the stand, whether he would in fact condemn the President before the Senate, and whether even such a stalwart Republican apparatchik cannot be “defined and destroyed” by Mr Trump and his allies in the media, who are already testing lines of attack that portray Mr Bolton as part of an establishment conspiracy, a reckless warmonger and – worst of all – someone with a book to sell.

Claims such as White House counsel Pat Cipollone’s before the Senate that Mr Trump’s removal from office by a vote of elected senators would violate due process or thwart the will of the electorate always overlooked the fact that impeachment, and indeed Congress itself, is part and parcel of the constitutional order of the land. That is precisely why Mr Bolton should now be called to testify, to be followed by Secretary of State Mike Pompeo. Should senators move to acquit even after their testimony, then at least voters will have had a first-hand account of what took place.

In his closing remarks, Congressman Schiff reminded senators of the November testimony of Lieutenant-Colonel Alexander Vindman (a White House aide and decorated soldier since “defined and destroyed” as a suspect foreign type with dual loyalties) that in America “right matters”. His fellow citizens should be allowed to put that proposition to a nationwide test.