Breaking News
Home / Victoria News / ‘Far from normal’: Gippsland students back to school after a hell of a summer

‘Far from normal’: Gippsland students back to school after a hell of a summer

admin January 28, 2020 Victoria News Comments Off on ‘Far from normal’: Gippsland students back to school after a hell of a summer 56 Views 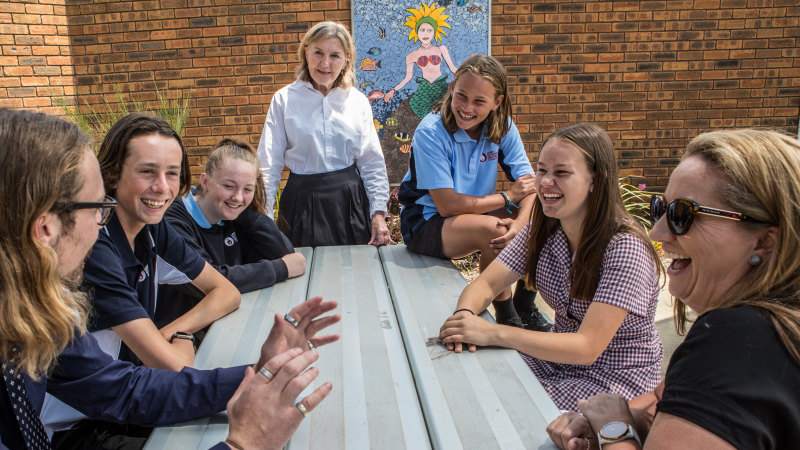 Many students were evacuated from their homes, while some in outlying communities such as Lake Tyers still haven’t returned.

Other families were never under physical threat, but run small businesses in the tourist town that suffered a financially ruinous summer.

The college had a breakout year academically in 2019, its senior students achieving a median VCE study score of 30, the benchmark for schools striving for a solid academic reputation.

Ms Hadlow said rural schools have to work almost twice as hard as Melbourne schools to do well, and so celebrate success doubly.

She hopes to hold onto that positivity as the school begins what is sure to be an emotionally difficult year.

“We really were on a great big upwards swing and this is a bit of a sucker punch that we didn’t need,” Ms Hadlow says.

“I think the school will have to try and remain a beacon of positivity and normality for our families because at 9 o’clock the bell rings and people know which room to go to and they know which teacher will be there and … we are going to work very hard to make sure those knowns remain as positive and as much of an anchor point as we possibly can.”

The army used the school as a base for hundreds of its personnel during the fires, packing up and moving as recently as last Thursday.

They will be replaced by a smaller but perhaps no less important team of psychologists and counsellors to offer emotional and trauma support to students.

“Until everyone returns we won’t be 100 per cent sure of their needs,” Ms Nagle said. “If there is a physical need it’s sometimes easier to provide.”

Professor Brett McDermott, an adviser on child and adolescent mental health for Beyond Blue, said schools had a crucial role to play in helping communities to recover.

They give students a chance to stop dwelling on the trauma of the fires and switch focus to the everyday routines of schoolwork.

“Getting back into a school routine structures your day, it gives you things to do that are important, and it stops you as a child or adolescent thinking endlessly about what happened,” Professor McDermott said.

Day one of school will be the first face-to-face encounter that many students will have had with their classmates since the fires.

“It’s important that they share their stories as well, providing they don’t run away with the facts and make other people anxious; it’s an important part of the recovery process,” he said.