Raiders struggle to contact Scott because of smashed phone

admin January 28, 2020 Sport Comments Off on Raiders struggle to contact Scott because of smashed phone 65 Views 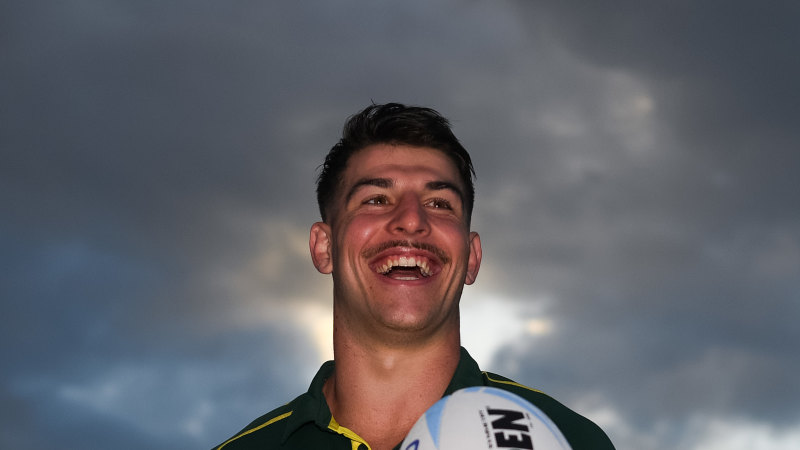 Scott’s immediate playing future now rests in the hands of NRL chief Todd Greenberg, who has the power to stand down the centre from playing.

The Raiders have always maintained a tough stance when it comes to player behaviour, including the sackings of high-profile players Todd Carney and Josh Dugan.

But it was also Canberra who led the call 12 months ago for the NRL to take punishments out of the hands of clubs when it came to dealing with errant players.

When Raiders star Jack Wighton was charged after being caught on CCTV assaulting patrons during a boozy night out in Canberra, the Raiders proposed a six-match ban, only for the NRL to increase it to ten matches.

Given the inconsistent findings by the NRL Integrity Unit over the summer, Furner was not even prepared to guess what sort of time – if any – Scott deserved. The 22-year-old is due to front court on February 20.

Melbourne’s Nelson Asofa-Solomona was issued a three-match ban for a wild brawl out the front of a Bali nightclub when defending Storm teammate Suliasi Vunivalu in October. Then Brisbane’s David Fifita spent three nights in a Bali prison for allegedly hitting a bouncer while on the back of a scooter, only to escape sanctioning by the NRL altogether because of a lack of evidence.

Clubs can still impose their own sanctions, like Parramatta did when images of Shaun Lane holding a plastic bag with a white substance went viral last year, but the NRL ultimately has the final say.

Canberra are unlikely to rush out to the marketplace and recruit an outside back, despite releasing Joey Leilua to the Wests Tigers over the weekend.

Scott partied with several Raiders teammates and posted photos of himself at the ivy Pool Club on Sunday afternoon before he was found in the early hours of Monday asleep on Moore Park Road near the now-demolished Allianz Stadium.

The Herald was told CCTV footage showed three police cars and an ambulance attending to Scott, who needed a few minutes to be woken up.

Police will allege he tried to punch a policeman as he was being taken away and was Tasered. A source close to Scott said he had been asleep for up to two hours only to wake up in handcuffs, which is when he became agitated.

Scott only arrived in Canberra from Melbourne over the summer and has deliberately avoided returning home to a Sydney club because of the plentiful distractions in the Harbour City.

His parents pushed for him to leave the Shire as a youngster and initially join Melbourne because of the company he had started to keep.

“I would have had too many distractions in Sydney and it just would have been a little bit too full-on,” Scott told Fox Sports last week. “I’m older now and make better decisions.”

Previous Bolton and Pompeo should testify at Trump impeachment trial
Next McEnroe, Navratilova cop whack from TA over protocol breach