South-east Queensland concerns over Inland Rail to be aired 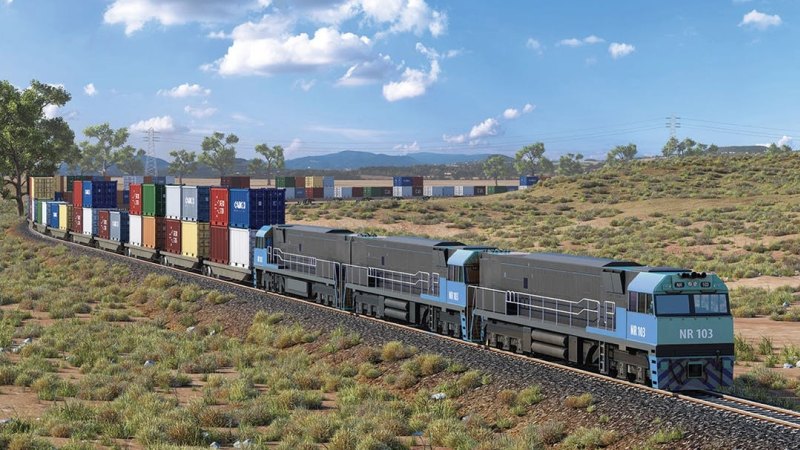 In November it emerged at Senate Estimates that consultants were paid $200,000 to help develop an empathetic approach to residents affected by the route between Melbourne and Brisbane.

Late last year the inquiry received submissions from south-east Queensland councils, organisations and individual residents complaining there was no consultation about the planned route before it was announced.

Port of Brisbane chief executive Roy Cummins submitted that while he supported the project in principle, ending the route at Acacia Ridge, more than 30 kilometres from the port, would force more heavy trucks onto the roads.

Mr Cummins said the Port also had concerns about the “considerable time advantage held by other states”, as work on the project had begun in NSW but not in Queensland.

“The obvious complexity of the Queensland section, as well as the lack of agreement (until recently) between the state and federal governments, has meant Queensland will be years behind,” he wrote.

Under a joint federal and state funding agreement in November, it was agreed that a business case would be developed to link the rail line to the Port of Brisbane.

In Brisbane’s south, the proposed Kagaru to Acacia Ridge section – the final stretch of the railway – was strongly criticised by Logan City Council.

The council questioned why it would run through “what will become one of the most densely populated areas in Logan”, running up to 45 trains a day by 2040, compared to just eight now.

“There is a community perception that the marked increase in rail freight activity will diminish the quality of life of nearby residents,” Logan council administrator Tamara O’Shea wrote.

“Uncertainty over exactly how Inland Rail will affect them and whether mitigation efforts will work is also fuelling community angst over the project.”

Residents Graham and Shirley Ewart, who live within the corridor, wrote that the ARTC consultation sessions had been a “sham”, with no opportunity to ask questions.

The Ewarts wrote they were deeply concerned about the noise, vibrations and dust from the coal-carrying diesel trains, as well as potential contamination of their water tanks from coal dust.

Further west, Toowoomba Regional Council chief executive Brian Pidgeon urged the ARTC to be fully transparent about land acquisitions, as residents waited to find out if they would lose their homes.

Mr Pidgeon also noted the planned corridor through the Condamine River floodplain, saying more local knowledge should be taken into account about historical flooding and the appropriateness of the route.

Lockyer Valley Regional Council had “strong reservations” that the Gowrie to Kagaru section of the rail line would be built under a public-private partnership, warning it could leave local councils bearing the cost of maintenance in the future.

The council wrote it had “serious concerns” about the route and the impact on communities versus the benefits it would bring the region. It also highlighted poor strategic communication with residents, leading to frustration and anxiety.

Scenic Rim Regional Council likewise raised noise and other negative impacts on communities as  concerns that needed to be addressed.

In its own submission, the ARTC acknowledged all of the concern and frustration over poor consultation, admitting it had not done enough to engage with residents in the past during route planning.

“ARTC recognises that the way we engaged with communities about the process of selecting and refining the route, especially between 2015 and 2017, could have been better,” the corporation wrote.

“We’ve learned some important lessons from this process and have since taken a number of steps to provide greater transparency and information to communities.”

The ARTC wrote that for the Inland Rail project to be successful, the final route had to be as “flat and straight as possible”.

“This has meant, and will continue to mean, that the project will have an impact on communities and landowners.”

The corporation admitted it had not been transparent with residents when it did not have precise information to give them, which meant it may have appeared “evasive”, as if it was “holding information back”.

“In fact, we simply did not have the answers at the time to many of the questions being asked. In hindsight this was a mistake. We should have been clearer about when this information would be available and when we could address these very real concerns.”

The inquiry will hold public hearings in Millmerran on Wednesday, January 29, and Brisbane the following day.