admin January 29, 2020 AFL Comments Off on AFL to sit tight as coronavirus raises questions over match in China 22 Views 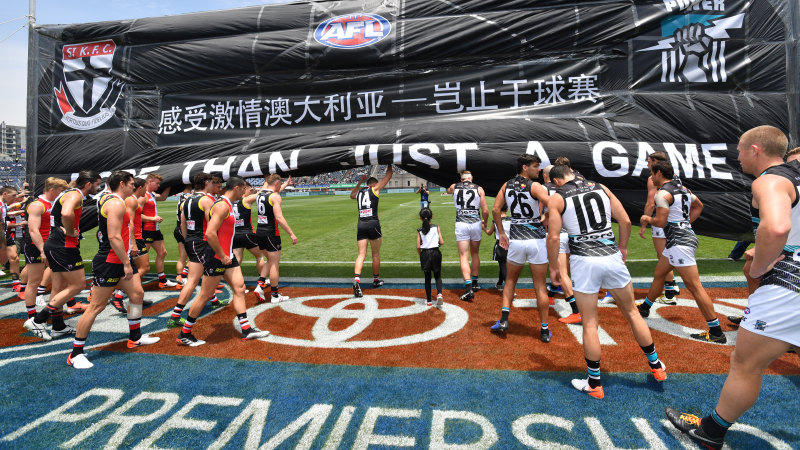 “The St Kilda vs Port Adelaide match scheduled to be played in Shanghai on May 31 will go ahead as planned. The situation will continue to be monitored with the relevant health and safety precautions being exercised.”

Despite the statement, the game must be in doubt unless circumstances change as health authorities around the the world scramble to get a handle on the virus, which originated in the Chinese city of Wuhan, about 800 kilometres from Shanghai. The AFL has played a game for premiership points in Shanghai each year since 2017.

It remains unclear as to where a game would be played between the two teams if they could not play in China as the MCG and Marvel Stadium are both being used on May 31. Also unclear is what kind of financial hit the participating clubs would take if the health scare caused the match to be rescheduled.

Previous Motorola’s Razr foldable flip phone hits Australia next month at $2699
Next The outlook for humans is dire without urgent action: 81 laureates’ letter to Australia

Real Footy podcast: ‘Mergers will come back onto the table’

“The game won’t go back to normal after this.” The fallout from the AFL shutdown …