Britain thumbs nose at Australia, US, with Huawei 5G decision 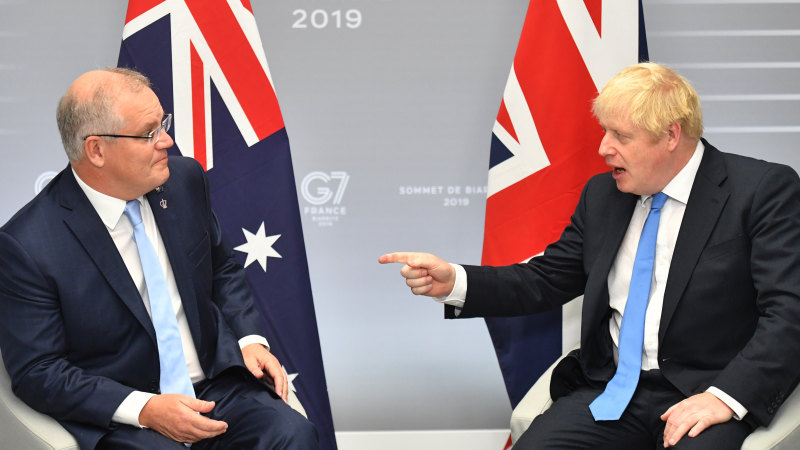 Former prime minister Malcolm Turnbull presented this case to the UK, arguing that Australia’s intelligence agencies assessed that is was necessary to block the Chinese company from the 5G network because the nature of the next generation of mobile communications made it inherently critical.

As Daniel Bagge, the Czech Republic’s cyber attache to Washington and Canada explains that, under 5G, “functions that were in past tied to a box located in a basement will be distributed across the network as software to increase speed and reaction time”.

“This decision … demonstrates that the Turnbull government was given incorrect advice that the Core and Radio networks cannot be separated on 5G – that is completely incorrect as the UK operators are now doing it in the real world,” Jeremy Mitchell from Huawei Australia said.

Thanks to Boris Johnson, who claims to be an Australia-phile, Huawei can now credibly pit a Western power against its own ally citing Britain’s “evidence-based decision” as it attempts to expand internationally.

Britain’s National Cyber National Security Centre admitted on Tuesday that the nation was within three years of being totally dependent on Huawei.

In classifying Huawei as a “high risk” vendor and capping it’s access to 35 per cent, Britain is showing it accepts the security risks Australia and the US argue exists.

Twice this week already a group of Tory MPs has stood up in the House of Commons to challenge the government’s decision.

Unlike in Australia, Britain has a richer culture of rebellion on key issues. Johnson, a one-time rebel against Theresa May, would know this all too well.

The Huawei decision will be put to the Commons in the form of legislation and rebel MPs are hopeful of an opportunity to amend the bill to impose stricter conditions targetting Huawei.

Any extra controls imposed on him by the Commons may enable Johnson to save face with Beijing when he goes knocking on their door for the trade deal, while at the same time reducing Britain’s exposure to Huawei, which everyone agrees, cannot be undone overnight.