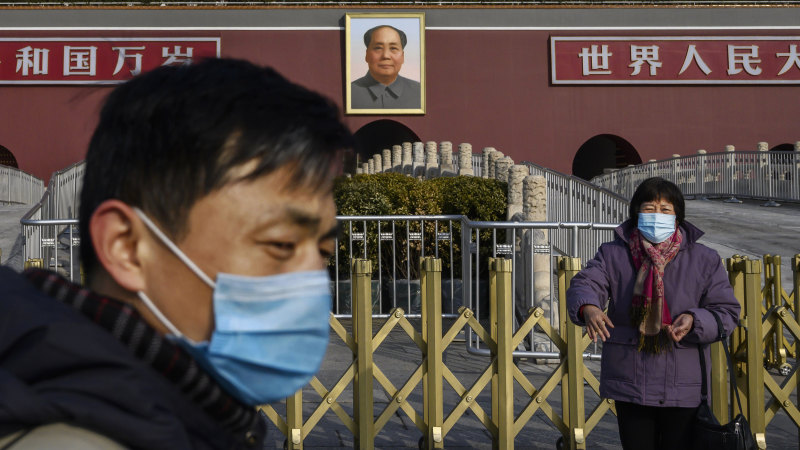 An impoverished nation just four decades ago, China has become an essential part of the modern global industrial machine. China alone accounts for roughly one-sixth of global economic output. It is the world’s largest manufacturer and trader.

It has become so crucial to the operations of US companies that some members of the Trump Administration cite that dependence as a justification for the trade war President Donald Trump initiated two years ago against Beijing, an economic conflict that is forcing businesses to consider shifting their factories in China to countries with better relations with Washington.

Now the coronavirus is testing that dependence.

US carmakers like General Motors and Nissan plan to close their factories until the week of February 3 to comply with the longer mandated holiday, while Toyota and Ford said this week that they would close some of their factories a week longer than that because of virus-related disruptions. Companies like GM, Honeywell, Facebook and Bloomberg restricted travel for employees in China and established their own self-quarantine measures.

On Tuesday, the Seattle-based coffee company Starbucks said it had closed more than half of its 4,292 stores in its second biggest market and said it would take a quarterly and full year financial hit.

The full extent of the hit to the broader business world is not yet clear. Most of China had already been shut down since at least Friday for the annual Lunar New Year holiday, a weeklong nationwide hiatus. But with the outbreak showing no signs of slowing, many companies are already preparing for a longer slowdown.

“Our members are dealing with varying degrees of disruption in their businesses, including supply chain issues, temporary closings of some retail outlets and factories, and other challenges,” said Jake Parker, the senior vice president of the US-China Business Council, which represents major companies. “If travel restrictions and quarantines are expanded or the holiday extended beyond February 8, that will amplify these problems.”

China’s importance goes beyond what it makes. Its consumers buy more cars and smartphones than anybody else. When they go abroad, Chinese tourists spend $US258 billion ($382 billion) a year, according to the World Tourism Organisation, nearly twice what Americans spend.

Global companies were reconsidering their China strategies even before the trade war began. Its growth is slowing, its labour costs are rising, local companies are increasingly competitive and the government has become less accommodating. Still, its skilled worker base, extensive highway and rail systems and vast consumer market make China tough to quit.

Many companies are now looking for temporary stopgaps.

Tim Cook, the chief executive of Apple, said on Tuesday that the iPhone maker was looking for alternative suppliers to “make up for any expected production loss.” Foxconn, a Taiwanese company with an extensive network of factories in China that make gadgets on behalf of Apple and others, said its factories would continue to follow the new holiday schedule.

Apple is not the only company that has had to pivot quickly. Just last week, executives of US engineering company Honeywell travelled to Wuhan for a ceremony related to its plans to open an innovation headquarters. Two days later, Wuhan was put under lockdown by authorities. Honeywell has since restricted travel to certain parts of China.

Wuhan in particular appeals to major companies because it is a major national transport hub. The auto industry, including General Motors, Honda, Nissan and many others have set up shop there, and many of their suppliers have followed. It is the home to more than one third of all French investment in China.

On Monday, PSA Group, the French automaker, said it had set up crisis communications between Wuhan and its Paris headquarters to determine the potential impact on production. The company employs about 2,000 people in Wuhan through its joint venture and was evacuating 38 expatriates.

Swedish furniture giant Ikea, which employs 14,000 people in China, said on Wednesday it would temporarily close nearly half of its 30 stores in the country. Employees at the stores will be asked to stay home until further notice with paid leave.

It is not clear how quickly businesses will bounce back. During the deadly SARS outbreak 17 years ago, which began in China and killed hundreds globally, some factories paid higher wages to bring workers back and get factories humming again.

Right now, businesses do not know enough to make those kinds of plans. Ford, which does not have any operations in Wuhan, said several of its major plants would  be idled until February 10. A spokesman declined to disclose further details. The factories in four cities churn out nearly half a million vehicles a year, or an average of 9,400 cars a week.

Businesses in other countries are also trying to determine the impact.

In Japan on Tuesday, Yasutoshi Nishimura, the minister of state for economic and fiscal policy, told a group of reporters that “if the situation takes longer to subside, we’re concerned it could hurt Japanese exports, output and corporate profits.” Chinese visitors account for about 30 per cent of all foreign tourists, and Chinese companies are major buyers of Japanese-made components, like semiconductors and lenses.

In Thailand, Chinese sightseers spend nearly $US18 billion annually, totalling about a quarter of tourist spending.

“Chinese tourists are the number one tourists to Thailand,” said Yuthasak Supasorn, the governor of the Tourism Authority of Thailand. Yuthasak said in an interview that the government was exploring ways to compensate business owners who have lost money from the drop in tourists over the past few weeks. The government was even considering reducing parking fees for airlines and excise tax on jet fuel to lure more tourists, he said.

“It’s their right and it’s their policy to prevent the spreading of the coronavirus,” Anan said. Still, he knows he faces a daunting challenge.

Previous How was Jeff Bezos’s iPhone hacked? Apple’s secrecy may have helped
Next CBA triples investment in AfterPay rival Klarna as it launches in Australia