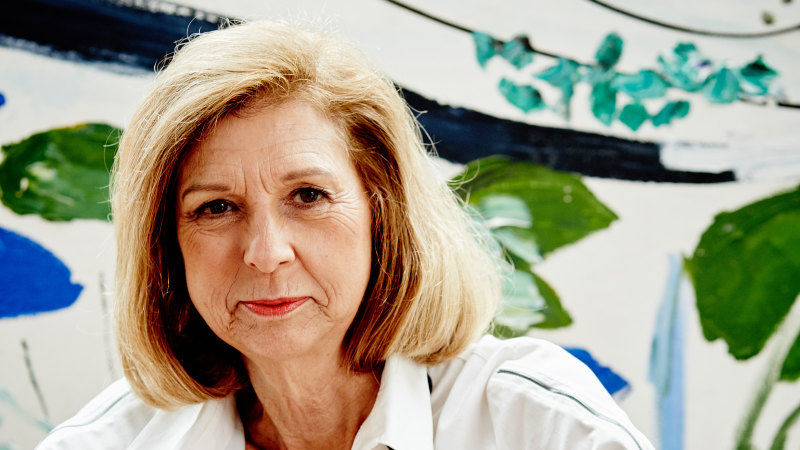 The examples given went back decades and included 80 different news outlets and television straps on Channel 10, Channel 7 and Sky News, some of which were reproduced without correction on Ms Arndt’s website and social media channels.

It is not known whether on each of those occasions Ms Arndt had provided the title to the media outlet to use during her appearance.

“It is an offence under the Health Practitioner Regulation National Law to hold yourself out to be registered when you are not,” the AHPRA statement said.

“Third parties, such as news organisations, also have an obligation under the National Law to not knowingly hold someone out to be registered when they are not.

“That’s because when someone says they are registered, the public trusts that they are properly trained, qualified and have met the national standards for registration each year.”

Asked about a curriculam vitae describing herself as a former clinical psychologist on an archived version of her website, Ms Arndt said she did practice briefly in the early 1970s – when a postgraduate psychology degree, which she obtained from the University of NSW, was enough to qualify to do so.

“According to the authorities regulating professional practice for psychologists, I am not doing anything wrong,” she said. “They have knocked back a series of complaints about me.”

The NSW Healthcare Complaints Commission referred a complaint about Ms Arndt’s descriptions in the media as a psychologist to AHPRA in 2018, but the regulator wrote to the commentator in September 2019 advising that it was closing the matter due to insufficient evidence.

Ms Arndt said many of the reported representations of her as a psychologist took place decades ago, and she has increased efforts to correct the record in recent years as the Psychology Board tightened professional registration requirements.

But she maintained that it was not unusual for public figures to be described in reference to their former medical professions, giving the examples of former Greens leader Bob Brown and former Opposition Leader Brendan Nelson, who were “described as medical doctors in various biographical and publicity blurbs” – even though they were “not currently registered as such and haven’t practiced for quite some time.”

The Health Practitioner Regulation National Law makes it an offence to “knowingly or recklessly” use a “protected title” such as psychologist in a way that could be “reasonably expected to induce a belief” that the person is registered.

A person who breaches this law may be fined up to $60,000, jailed for up to three years or both.

Victorian Attorney-General Jill Hennessy wrote to Governor-General David Hurley on Tuesday, asking him to overturn the decision to award Ms Arndt an Order of Australia amid widespread outrage over her controversial views on sexual assault.

Ms Arndt has angered womens’ groups by lobbying against universities adjudicating sexual assault cases and interviewing convicted sex offender and maths teacher Nicolaas Bester, who groomed and abused his student Grace Tame when she was 15.

The Australian Psychological Society did not respond to a request for comment about Ms Arndt’s case, but released a statement warning that “charlatan individuals claiming to be psychologists pose a serious threat to the community”.

APS president Ros Knight said in the statement: “Allowing people to believe that you are a registered health professional when you are not presents a significant risk to the Australian public, particularly because they often work with the most vulnerable members of society.”

“To remain registered with the AHPRA, they must commit to continuing professional development to keep their skills and knowledge up to date, and they must adhere to strict professional standards and various other requirements.”

A mental health clinician working in a Sydney quarantine hotel, who spoke on condition of …