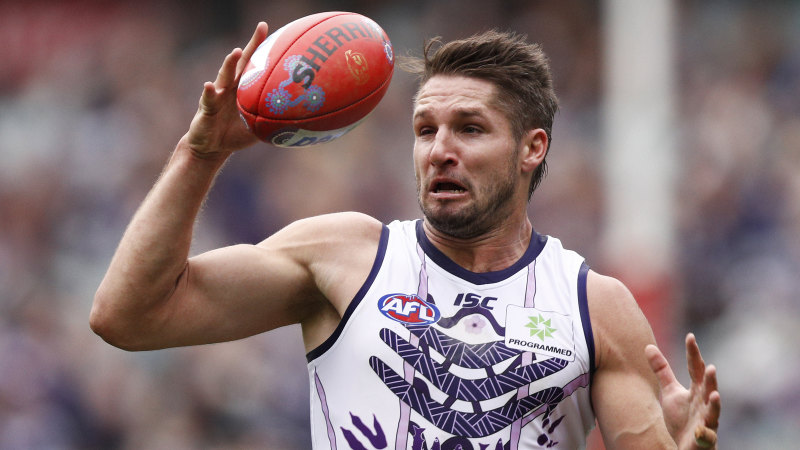 “We will continue to provide all the necessary and ongoing care and support Jesse requires, as we would do for any of our players.”

Hogan also dealt with mental health issues last year, ultimately playing 12 matches in his first season since being traded to his native Western Australia after starting his AFL career with Melbourne.

His season was ended by a recurrence of a stress fracture in his navicular bone in his foot, continuing a run of injuries for the 2015 AFL Rising Star award winner.

Hogan has endured a tumultuous few years, losing his father Tony, then being diagnosed with testicular cancer in 2017.

Late last year he was hospitalised after a car crash in Perth.

Hogan is the latest in a long line of players to have taken indefinite breaks from the game because of mental health reasons in recent years. Tom Boyd, Lance Franklin, Dayne Beams and Jack Steven are among others to have stepped away.

The Dockers have also requested privacy in relation to Hogan, saying that they will provide updates on Hogan’s condition in due course but would not comment further for now.