I hounded Ros Kelly until she resigned, but Bridget McKenzie’s sports rorts are worse

admin January 29, 2020 Federal Politics Comments Off on I hounded Ros Kelly until she resigned, but Bridget McKenzie’s sports rorts are worse 80 Views 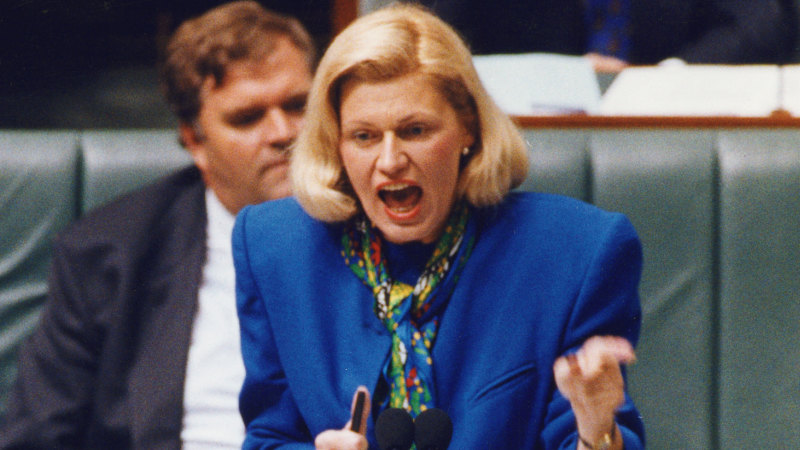 In ducking the Press Club questioning, Morrison argued at length, as a distraction, that there are many “worthy” projects. He emphasised that the Auditor-General had not referred to any “ineligible projects”, and that as ministers he and his colleagues were “more in touch” with communities and what they needed than, by implication, bureaucrats.

Morrison didn’t acknowledge any political bias in the allocation of the grants; he wouldn’t concede they were made for political expediency rather than merit.

There is no doubt that McKenzie had a significant conflict of interest in making a grant to a clay-shooting club of which she was a member, especially if, as it seems, this conflict was never materially declared by her at relevant points in the grants process.

The key initial finding by the Auditor-General is that some 73 per cent of grants given had not been recommended by Sport Australia, but were allocated by her and her office to marginal seats that the government wanted to win or hold at the election.

It is now reported that the Prime Minister’s office was involved in the allocation of these grants, along with the government members and senators. Morrison himself announced a $200,000 grant in his own electorate. Again, Morrison did not directly address questions at the Press Club, except to suggest he passed on information that he had relevant to the grants, “as all PMs do”.

Tony Harris, the former auditor-general in NSW, said recently that if this issue had come across his desk he would have passed it immediately to the Independent Commission Against Corruption. Clearly McKenzie’s processes corrupted the established government process in an attempt to gain political advantage.

How is it that this didn’t immediately ring alarm bells for Morrison? Apart from the usual reluctance of PMs to fire a minister, was he concerned about declaring and defending his role and that of his office and colleagues?

Morrison has compounded his problems by initiating two faux inquiries, rather than move immediately to terminate McKenzie. Can Attorney-General Christian Porter really be objective when sports organisations in his seat received more than $1 million in grants?

Phil Gaetjens, now the head of the Prime Minister’s Department, having previously been Morrison’s chief of staff, is heading the inquiry. This, in itself, raises obvious questions about conflict of interest.

But why did Morrison try to narrow the focus to a possible breach of the ministerial code of conduct (that is, the possible conflict of interest in allocating about $36,000 to McKenzie’s clay-shooting club) when she had misallocated almost three-quarters of the $100 million grant money?

In marshalling evidence against Ros Kelly, I had our members report to me on the grants made to organisations in their seats, the stated purpose and the realities. Not surprisingly, some grants were found to be inexplicable – the likes of a grant for lights on a sporting field that didn’t exist. It appears there may have been similar abuses in McKenzie’s allocations – funding for women’s toilets at a venue where the women’s team had been disbanded.

The government can expect a tirade of discontent from those organisations whose projects had been highly rated by Sport Australia, but ignored by McKenzie.

Sure, it is difficult for Morrison as McKenzie is from the National Party, its deputy leader no less, and technically the Nats’ leader, Michael McCormack, would have to fire her. McCormack also clearly doesn’t want to reopen leadership tensions in his party, with Barnaby Joyce likely to want to run amok, and with the conspicuous ambitions of David Littleproud and Matt Canavan.

However, Morrison has made a lot of his setting of, and adherence to, the highest standards of ministerial responsibility and accountability. He simply must enforce these, by firing McKenzie, especially when his leadership has been under a cloud over his mishandling of the bushfires.

He should also undertake to establish a federal ICAC – or a corruption watchdog with as much bite – to establish a framework within which these issues can be dealt with fairly and expeditiously.

Previous Racing NSW looking into ownership of horses held by Tinkler’s family company
Next Raise Newstart by $95 a week: ACOSS