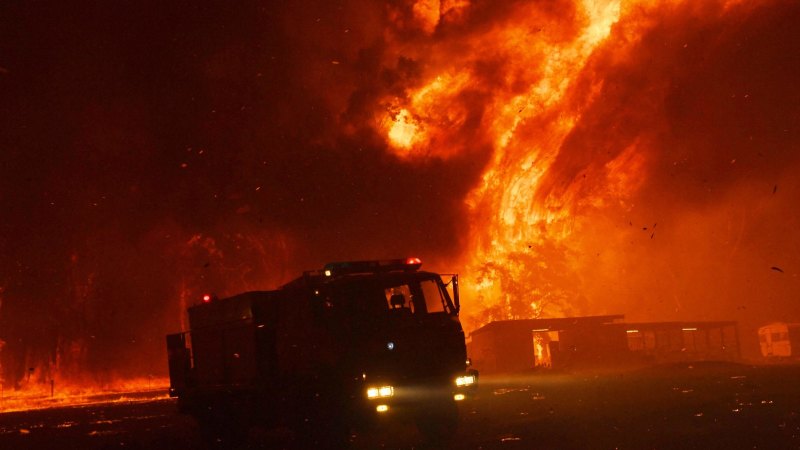 Bushfire expert Professor Ross Bradstock said none of the previous 51 bushfire inquiries held since 1939 had investigated the effect of global warming fire risk, including the 2009 Black Saturday Royal Commission, which also “did not explicitly consider climate change”.

“If the Prime Minister truly wants to enhance resilience and adaptation to fires, climate change has to be factored in to a new inquiry,” he said.

“In the past 10 years (since Black Saturday) we’ve learned an enormous amount, we can’t just look back and audit past recommendations.”

Mr Bradstock said since that study climate change had already created fire risks similar to what was projected for 2050, “which is fairly frightening”.

The Prime Minister acknowledged the “risks of climate change ” and said the bushfire response should include a Royal Commission focusing on an audit of recommendations from previous bushfire inquiries. He said governments would “need to make some decisions” about local hazard reduction burning to reduce fuel loads in forests, building codes for fire prone areas, and regulations for clearing native vegetation.

Keeping pace with the rising bushfire risks under climate change would require a fivefold increase in the scale and spending on controlled burns to reduce fuel loads, said Prof Bradstock, the director of Wollongong University’s Centre for Environmental Risk Management of Bushfires.

“There has to be a public discussion on the acceptable level of bushfire risk, and what it will cost to meet that risk level,” he said.

“We showed in a study 10 years ago that under climate change projections for 2050 the fire risk to lives and property would be elevated in the order of 15 per cent.

Prof Bradstock said bushfire research showed blanket hectare targets for controlled burns were “ineffective” and had encouraged government agencies to burn in the “boondocks” instead of more “effective” locations close to houses and assets.

However, the closer a controlled burn is to houses or assets, the more it costs, and the greater the impact on roads, the community and human health.

“In remote areas the cost per treatment (controlled burn) might be as little as $100 a hectare. But closer to urban areas it can be $1000 to $10,000 a hectare… and that isn’t factoring in the impacts to human health,” Prof Bradstock said.

Forest and fire expert Professor Philip Zylstra from Curtin University previously told this publication that a vast increase to the current hazard reduction effort would blanket cities and towns with smoke during the safe weather periods over winter and create “huge risks” of accidental property damage and even death.

Previous Racing NSW looking into ownership of horses held by Tinkler’s family company
Next Raise Newstart by $95 a week: ACOSS