The outlook for humans is dire without urgent action: 81 laureates’ letter to Australia

admin January 29, 2020 Environment Comments Off on The outlook for humans is dire without urgent action: 81 laureates’ letter to Australia 106 Views 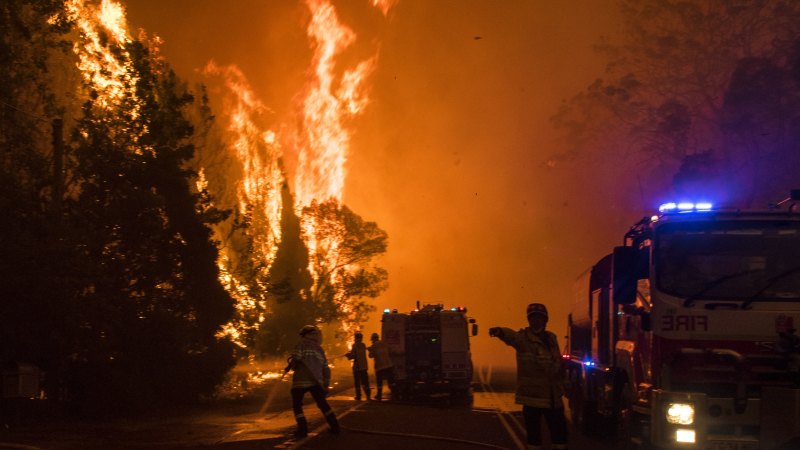 While much remains to be learned about the impacts of climate change, more than enough studies have been conducted to tell us we have a serious problem that requires urgent changes to be made.

We welcome government actions to help current victims and improve adaptation to future fires, as well as its acceptance of a role for climate change in the catastrophe. But this is not enough, because the greenhouse gas amounts driving warming are still rising: the world is only at the beginning of the climate change phenomenon.

The current impacts are happening with just 1C of global temperature increase, but we are set for the best part of another degree even if very strong international action is taken to reduce emissions. This means further increases in extreme fire risk, heatwaves and flooding rains, ecosystems degraded and wild species forced to migrate or vanish, agricultural activities moved or abandoned, challenging our food security.

If strong action is not taken, environmental degradation and social disruption will be much greater and in many cases adaptation will no longer be achievable. It would be naive to assume that such a world will still support human societies in their current form and maintain human wellbeing.

This dire outlook demands stronger mitigation of carbon emissions. Many argue that actions to achieve this would be economically destructive. This claim has no basis, nor is it consistent with Australia’s traditional optimism and ingenuity, nor with historical experience.

Similar objections were raised in the past against government policies to limit air pollution, environmental toxins and ozone-destroying chemicals, but we collectively found ways to achieve mitigation at manageable cost, and with net benefits to society that are clear in hindsight.

A transition to lower, and eventually net zero emissions, is a huge task but is achievable and far less risky and irresponsible than allowing unmitigated warming. This transition requires determination on the part of leaders, as well as empathy, aid and forward planning for communities disadvantaged by the transition.

Large transformations in the face of comparable challenges have been successfully achieved in the past, such as the development of road and mass transportation systems, waste-water and sewage handling to minimise diseases, and many others. These transformations created new jobs and whole industries, and will do so again.

Australia cannot solve climate change on its own. Reducing emissions is a global challenge that requires collective action. But Australia’s current visibility as ground zero for both climate impacts and climate policy uncertainty presents a unique opportunity for us to emerge as a leader on this challenge.

Doing so will aid our economy, strengthen our standing in international affairs and relations with neighbours, and help secure Australia and the world from the impacts of climate change. Much research has already been done to identify the policies and technologies that can move us to where we need to go.

What is lacking is the courage to implement them on the required scale. We call on all governments to acknowledge the gravity of the threat posed by climate change driven by human activities, and to support and implement evidence-based policy responses to reduce greenhouse gas emissions in time to safeguard against catastrophe. We owe this to younger generations and those who come after them, who will bear the brunt of our decisions.

Signatures to “ARC Laureates open letter on bushfires and climate”

Tamara Davis, School of Mathematics and Physics, University of Queensland

Kate Smith-Miles, School of Mathematics and Statistics, University of Melbourne

Hilary Charlesworth, College of Asia and the Pacific, ANU and Melbourne Law School

Bostjan Kobe, School of Chemistry and Molecular Biosciences, The University of Queensland

Peter Visscher, The University of Queensland

Hugh Possingham, School of Biological Sciences, The University of Queensland

Dan Li, Department of Chemical Engineering, The University of Melbourne

Lianzhou Wang, School of Chemical Engineering and Australian Institute for Bioengineering and Nanotechnology, University of Queensland