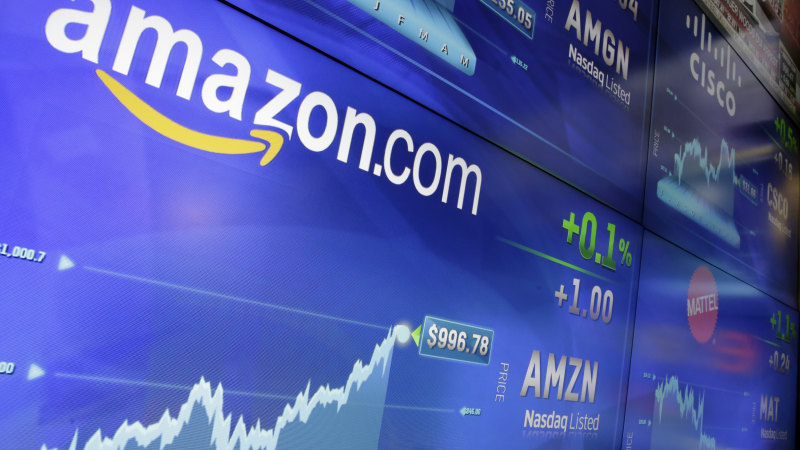 Revenue increased 13 per cent to $US736.2 million, or 14 per cent on a constant currency basis on the prior corresponding period. Net operating profit increased 26 per cent with non-GAAP operating increasing 21 per cent.

“We had a strong December quarter with double-digit top-line growth and further gross margin expansion, as well as continued fiscal discipline that resulted in improvements in operating leverage and double-digit growth at the bottom line,” said Mick Farrell, ResMed’s CEO. “We are seeing continued strong customer demand for our new products, particularly in masks and accessories with another quarter of high-teens growth in that category.”

Lynas Corp has agreed to a site with the Malaysian government for a permanent disposal facility (PDF) for the low level radioactive waste which has threatened its operations in the country. It is one of two conditions it must meet in order to get a long term licence to continue operating in Malaysia.

As the Chinese hunker down for an extended lunar new year break, forced upon them by a raging epidemic, they’re turning to wild guessing games over two crucial figures: How many more will be infected by the SARS-like coronavirus, and how big a selloff we will see when the mainland market reopens on Monday.

The world has turned upside down since its last trading day on January 23, when only 830 infected cases were confirmed. The 3.1 per cent correction of the benchmark Shanghai Shenzhen CSI 300 Index that day could just be the beginning of a long way down.

Unlike the US, China is prone to deeply bearish slides. In 2015, its blue-chip index lost more than 40 per cent of its market value in just three months. In 2018, it tanked 25 per cent.

It will be interesting to see what happens, presuming they actually open the markets on Monday. With several Chinese regions already announcing a further extension of LNY holidays, there’s a risk that could be extended nationwide, including financial markets.

Ray Dalio says he doesn’t know much when it comes to pandemics.

So when considering the market impact of the coronavirus outbreak, the billionaire founder of hedge fund Bridgewater Associates plans to play safe and hedge his bets.

“When you don’t know, the best investment strategy is to be smartly diversified across geographic locations, across asset classes, and across currencies,” he wrote in a daily note to clients on January 28.

As manager of the world’s biggest hedge fund, Dalio’s thoughts are worth listening to. Bridgewater has made $58.5 billion for its clients since its beginning in 1975, the most by any hedge fund, according to estimates by LCH Investments, although last year its main fund suffered its first loss since 2000.

You can read more on his thoughts here.

China’s National Health Commission has just released the latest update on the nation’s coronavirus outbreak, reporting another lift in confirmed cases and deaths.

Total confirmed cases nationwide at midnight Thursday rose to 9,692, an increase from 7,711 on a day earlier. The death toll from the virus increased from 170 to 213 over the same period.

Biotech Avita Medical has released a trading update that has obviously gone down well with investors with its share storming higher in early trade.

The company reported total revenues for the December quarter stood at $5.6 million, up from $3.954 million in the prior corresponding period in 2018.

Avita said total net cash used in operating activities during the quarter stood at $6.335 million, a decrease of $702,000 on the prior 3-month period.

“We are extremely pleased with the expanding use of the RECELL System in a large number of US burn centres and in a broadening array of burn types,” said Dr Mike Perry, AVITA Medical’s CEO.

Link Administration shares have jumped in early trade after the company announced it will buy Pepper European Servicing (PES) from Pepper Group in a deal worth up to $322 million.

“PES provides end-to-end loan servicing, advisory and asset management across both residential and commercial segments,” Link said in a statement to the ASX. “The business has well established operations in the UK and Ireland underpinned by longstanding customer relationships as well as a growing presence in the emerging markets of Spain, Greece and Cyprus.”

Link said the acquisition is subject to relevant regulatory approvals and is expected to complete in the second half of calendar 2020.

“This is an attractive transaction for Link Group, said Link Group’s Managing Director John McMurtrie. “It provides an opportunity to integrate two high-quality businesses to create a leading pan-European asset servicer and manager, that is well positioned to capture growth opportunities across the region.”

Investors certainly seem to think so, pushing LNK shares up 9.6 per cent to $6.805 today.

Investment bank UBS is the latest to warn about the impact China’s coronavirus outbreak may have on the Australian economy, suggesting the potential impact could be “much more significant” than the SARS outbreak of late 2002/early 2003.

“While it’s too early to know the full potential impact of coronavirus 2019-nCoV, it is clearly another negative for the economy, on top of the catastrophic bushfires,” UBS analyst Pieter Stoltz said.

“While there’s some comparison to SARS in 2003, the economic link between Australia and China is multiples larger now. In 2003, Australian exports to China were only $11 billion, or 7, per cent, of the total, but they are now $152 billion, or 32 per cent of exports.”

Given Australia’s increased exposure to the Chinese economy, Mr Stolz says there’s several ASX-listed companies that may be significantly impacted, or potentially benefit, from the coronavirus outbreak.

Local stocks have opened higher, helped by big gains in the consumer staples and technology sector.

Staples are up 0.9 per cent while technology has jumped 1.3 per cent, threatening to break to fresh record highs.

Elsewhere, communications are up 0.7 per cent, energy and materials 0.5 per cent and healthcare 0.4 per cent.

Utilities and financials are up less than 0.1 per cent while industrials are flat.

REITS, despite the decline in Australian bond yields, are off 0.2 per cent.