Cruise ship passengers do not have coronavirus, tests show 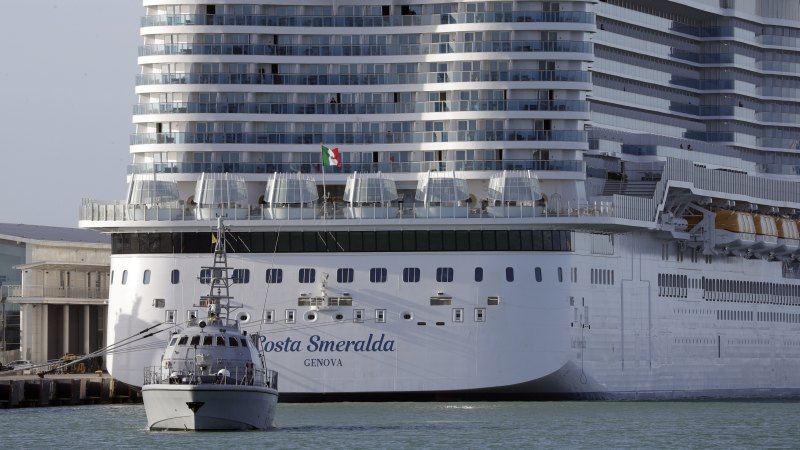 According to a statement from Costa Cruises, a 54-year-old woman from Macau, was put in isolation Wednesday night along with her travel companion after reporting flu-like symptoms. Chinese authorities in Italy later clarified that the couple was actually from Hong Kong. They boarded the ship in Savona, Italy, on Saturday and have since made stops in Marseille, France; Barcelona; and Palma de Mallorca, a Spanish island.

“As soon as the suspected case was detected, the medical team on board immediately activated all the relevant health procedures to promptly isolate and manage the clinical condition,” the cruise line’s statement said. Local health authorities were on board on Thursday and collected swabs from the woman and her companion.

Costa spokeswoman Rossella Carrara said the atmosphere on the ship was “all in all, quite calm”.

The situation unfolds as cruise lines have canceled stops in China and airlines have cut or significantly reduced flights there. There are more than 8100 confirmed cases of the fast-spreading coronavirus in China, according to official numbers, and 171 people have died.

Costa called off nine cruises that were leaving from Chinese ports between January 25 and February 4. MSC Cruises canceled three voyages that were scheduled to sail from Shanghai to Japan on in early February.

Howard Markel, a pediatrician and professor of the history of medicine at the University of Michigan, said keeping the patient and her companion in isolation on the ship until the test results are known is the right course of action.

Because passengers are in relatively close quarters on a cruise, he said, they could have come into contact with many other people.

Previous ‘We were the only ones’: How Australian billionaire Anthony Pratt cashed in on US garbage
Next Children and elders go digital to tell ancient Indigenous stories