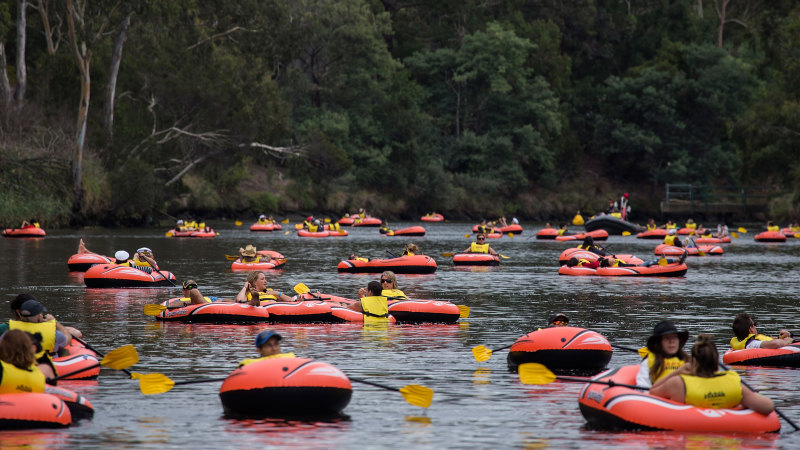 Bureau of Meteorology duty forecaster Tom Delamotte said it was “fairly likely” Melbourne would cop thunder, lightning and between five and 15 millimetres of rain on Saturday.

“It’s pretty hot and humid weather extending across Victoria on Friday and there’s a chance of a thunderstorm in the afternoon and evening through the Melbourne area,” Mr Delamotte said.

“But as we go into Saturday we expect humidity to increase and we’re likely to see more widespread shower and thunderstorm activity during the day.”

Disappointed regatta hopefuls can use their tickets for a similar Maribyrnong River event on February 29.

Saturday’s rain is expected to be heaviest in the state’s south-west, where isolated areas hit by thunderstorms may receive as much as 50 millimetres. Mr Delamotte said the system would weaken as it moved into the state’s east.

The city’s storms and its forecast top of a muggy 33 degrees is expected to follow sweltering maximums of 39 on Thursday and 41 on Friday.

It will be even hotter in the state’s north, with temperatures expected to soar into the mid-40s on both Friday and Saturday.

Communities in East Gippsland still dealing with bushfires can expect temperatures close to, or above, 40 degrees, while Corryong, one of the worst hit regions, can expect 44 degrees on Friday and 43 on Saturday.