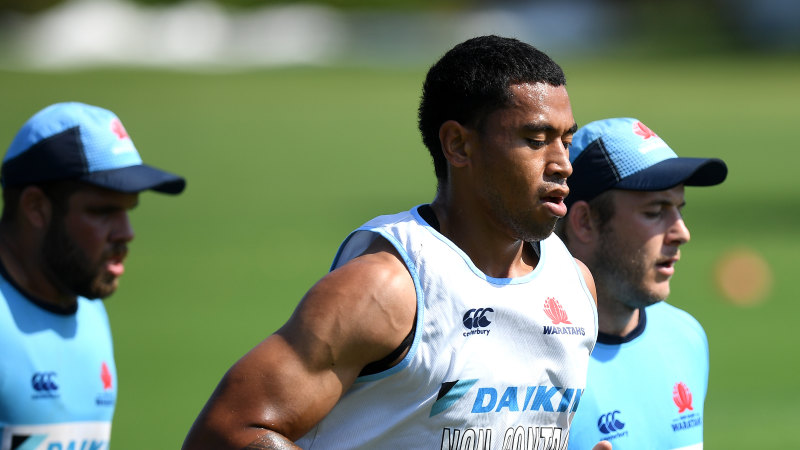 Folau made eight first-grade appearances for the Eels, although injuries prevented him from adding to the total. The 25 year old came agonisingly close to making his Super Rugby debut for the Waratahs last year before being released for “personal reasons”, believed to be related to his brother’s controversial sacking.

Blacktown has a history of throwing lifelines to players on the outer, as evidenced by the recent signings of Tim Simona, Jacob Loko and Tony Williams. Former NSW and Australian forward Williams impressed sufficiently in the NSW Cup last season to earn a one-year deal with Manly and Folau is hoping he can do likewise.

The backlash against Israel Folau, who could make his Super League debut for the Dragons in round two of the Super League at Wakefield, continues. Former dual-code international Gareth Thomas, who is gay, has stated he will refuse to watch the former Wallaby play.

The NRL was prepared to block any attempt by its clubs to sign Folau after a social media post in which he warned that homosexuals and other sinners would go to hell. The Super League wasn’t prepared to stand in his way over fears of a costly legal battle.

“When the moods of each other (side) have subsided, we will judge that this player is perhaps the biggest coup in the history of this sport and of (the club) in France,” Guasch told French newspaper L’Independente.

“We will then savour the exemplary player he is. I know he will delight the Catalan public.

“We do not share or tolerate his opinions and we are totally committed to making our club and our sport open and welcoming to everyone. We think that these kind of remarks should not be expressed publicly, in particular by an athlete of high level.

“Leaving aside what he said recently, he can become a real example for young people, someone who trains hard and has an impeccable lifestyle and thoroughness. He is a hard worker.”

The Matildas, meanwhile, will receive just over $2 million – half of which they banked …